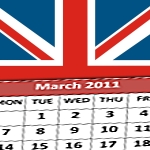 Further to yesterday’s report on the Tote shifting some of its business out of the UK to lessen its tax burden, the Department for Culture, Media and Sport has weighed in with its opinion. Sort of. “It is a business decision and a matter for the Tote,” said the DCMS spokesman, who promised that the government would not intervene to prevent the Tote from denying HM Revenue its due.

An area in which the government does plan to intervene is the matter of online gambling outfits serving the UK market without direct licenses from the Gambling Commission. Specific actions are expected to be revealed by the end of March, but they are believed to include a requirement to report all suspicious betting patterns to the commission, ‘protecting children’ (from monsters under the bed?) and helping to combat the spread of problem gambling. (What about problem children?)

Turning to the UK markets, despite being pursued by Ladbrokes and now Playtech, 888 Holdings share price continues its downward trajectory. In a nice bit of synergy, 888’s price fell 8% on Friday, closing at 57.25p. This despite scuttlebutt earlier in the week that Ladbrokes had upped its takeover offer from 70p to 80p per share. Personally, we think Ladbrokes should up its bid to £1 per share, which should send 888’s price plummeting, allowing Paddy Power to swoop in and pick up 888 for a keg of Guinness and a loaf of soda bread.

Betfair had seen its shares tumble to 859p, a full third off its October float price of £13 per share. Needing to do something to right the ship, Betfair CEO David Yu took his theater group down to the offices of Morgan Stanley and Goldman Sachs, the companies who got Betfair into this public mess in the first place. Whatever inspirational tale Yu & Co. acted out for the brokers (we suspect it involved a theme about things always seeming darkest before the dawn), the market mavens must have bought into it, as Betfair’s price rose to 922.5p by the close of the markets.