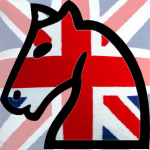 The Tote has announced plans to reroute some of its business out of the UK to lessen its tax obligations. The (for the moment) government-owned and operated horse-betting outfit says it is in negotiations with third-party, so-called ‘offshore’ bookmakers to funnel bets into central Tote pools via its operation in Guernsey.

David Craven, the Tote’s managing director of E-gaming and Totepool, issued the following statement: “The creation of a Guernsey pool business is a defensive measure designed to prevent non-UK pool operators collecting the Tote’s existing international pool business and thereby protect revenue to British racing. The Tote can absolutely guarantee that its contribution to racing will not be diminished by a penny as a result of this. Not only is racing’s contribution protected, racing will be the beneficiary of any growth.”

No statement on the Tote move has yet been issued by the government body responsible for regulating the gambling industry — the Department for Culture, Media and Sport (DCMS). However, someone whose lips weren’t so sealed was Will Lambe, head of external affairs for the British Horseracing Authority, who cited the Tote’s announcement as “further evidence of Britain’s gambling regulations being in need of urgent attention. There is no level playing field for remote operators in this country, and it is deeply damaging, not least to government.”

Speaking of government, the Tote’s announcement was followed by an item in this morning’s Daily Mail that claims the UK is contemplating changes to its existing gambling laws, particularly as they pertain to remote operators. Unnamed sources claim that DCMS Secretary Jeremy Hunt is planning to prevent firms without UK-issued licenses from advertising their services in the UK (even those on the so-called ‘white list’ like Antigua, Tasmania, Alderney and the Isle of Man) and to restrict the use of credit cards on these remote sites. So is there anything new or substantive in these claims, or is it just another opportunity to sully the name of the previous Labour government, which enacted the existing laws? Watch this space.

Meanwhile, The Guardian has a good discussion with Ed Pownall, Bodog Brand’s Global PR guru, on who’ll be the likely lads to win the upcoming Tote auction. Pownall provides both his personal impressions of who’ll emerge triumphant, as well as who the public is favoring with their bets on the Bodog market. Pownall also reveals that the company is taking seriously the possibility of insider tampering. “I’m looking out for accounts being opened by people with DCMS email addresses.” Stay vigilant, Ed.