The two-headed public entity that is due to emerge from the ongoing Pwin merger intends to base itself out of Gibraltar and list on the London Stock Exchange. The latter half of this equation is requiring the Bwin gang to disclose a lot more information about its business dealings than it has previously been willing to make public. 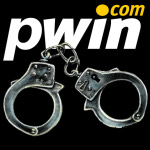 Disclosure documents reveal that 25.5% of the Combined Group’s net revenue is derived from the German market. For the record, that would be the currently illegal German online gaming market. Bwin boss Norbert Teufelberger has previously stated that companies serving the US market, such as PokerStars and Full Tilt, are “operating illegally” and should thus be “frozen out” of any future regulated market stateside. By that rationale, should not Pwin be frozen out of any future regulated German market?

Assuming Pwin’s past transgressions are forgiven and the company is granted entry into a regulated German market, that 25.5% of net revenue would be subject to taxation, a hit to the wallet that will not please Pwin’s shareholders. It will, however, be celebrated in the boardrooms of London- and Dublin-based gaming companies that are applying for licenses across Europe, as they will finally be able to compete on the ‘level playing field’ that Teufelberger professes to endorse.

CalvinAyre.com has been studying the Pwin merger docs over the holidays (it was either that or watch our drunk relatives fight over the last of the turkey leftovers) and will be publishing a series of articles with our analysis of the full implications of this mega-merger. Just to whet your appetite, we’ll simply tell you that there is a clear disconnect with what the documents contain and what is being publicly stated.