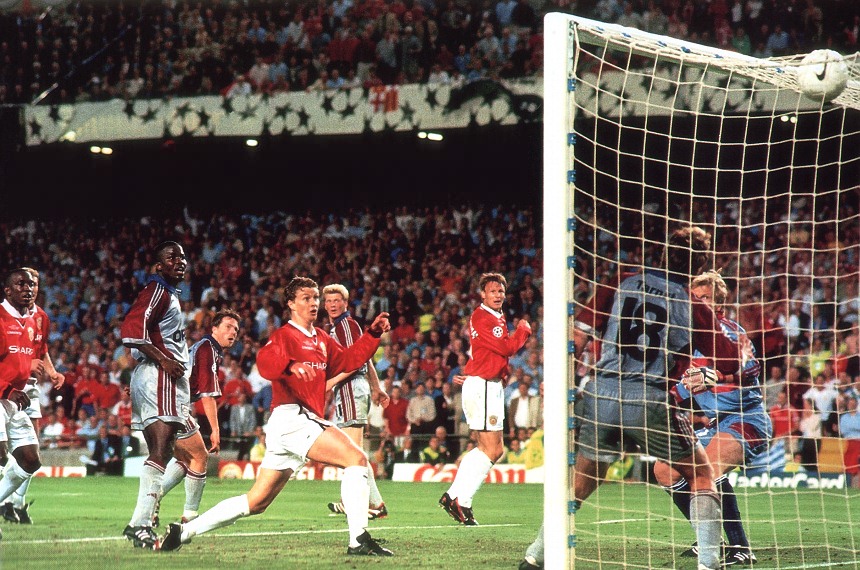 It’s an exciting couple of days for lovers of the beautiful game as the eight sides left in the Champions League go toe to toe in the first leg of the quarter-finals.

Tonight Manchester United take on their old foe Bayern Munich, in a rematch of the dramatic 1999 final, which saw the Reds score two late, late goals to turn the tie on its head and clinch the most dramatic win in the history of the competition. With that win in mind Bodog are refunding all losing bets on the game if United go all retro on us and score another injury time goal.

Sir Alex Ferguson’s side have since gone on to win the trophy again, two years ago, and last year’s finalists will fancy their chances of upsetting the Germans again – not least because they’ve got their first-choice defence back and Louis van Gaal’s side have lost their last two Bundesliga matches.

However, the 1999 success was United’s only win over Bayern in seven attempts, they have failed to beat German opposition in three Champions League knock-out matches and the Bavarians have only once ever lost at home to an English side in any competition – Norwich City of all sides, in the 1993-94 Uefa Cup.

All of which makes Bodog’s best-priced 11/5 about a home win a very enticing bet. Bayern are a different beast in Europe and after personally witnessing them trounce Juventus 4-1 and knock out Fiorentina this month, I certainly won’t be backing against them – especially if Arjen Robben is passed fit.

Tonight’s other last-eight encounter is an all French-affair between Bordeaux and Lyon. Resident tipster Tim Richards has already backed Bordeaux outright at 33/1 and the current 21/1 is still exceptional value as it is a price you can lay off at the semi-final stage. Lyon may have knocked out Real Madrid in the last round but Ligue 1 leaders Bordeaux have won seven out of their eight Champions League matches this season, boast the stingiest defence in the competition and have already beaten Lyon 1-0 away from home this season. That same result is screaming out to be backed at an enormous 8/1, and ignore 14/5 about the away win at your peril.