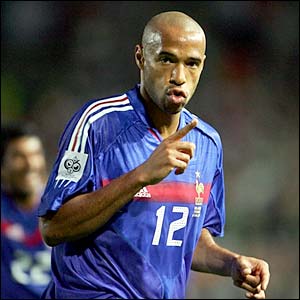 Arsenal fans still regard Thierry Henry with misty-eyed fondness. At least they will until he helps Barcelona knock them out of the Champions League this month. The Irish, however, aren’t quite so enamoured with the French striker, who got Les Bleus to the World Cup at their expense with the help of a cheeky handball. Which is probably why Bodog Europe’s MD, Keith McDonnell, has seen to it that anything Henry does in South Africa is completely ignored. So if you back a draw in a France game and Henry scores, making them 1-0 winners, you will still get paid. Back first goalscorer in a match and Titi scores. Pas de probleme. Won’t count. If your man scores next the bet’s a winner. Nice markets, but seriously Keith, get over it. Read more.

Has home advantage gone? How the Bundesliga should guide your EPL bets
Paul Seaton
4 hours Ago