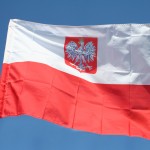 If you thought Gordon Brown’s administration was bad – and it is, very – spare a thought for the people of Poland, who have been denied the right to engage in online gaming courtesy of insightful Prime Minister George Bush. Sorry, I mean, Donald Tusk.

The Polish government had originally decided to raise casino taxes, but have since decided instead to follow the lead of the US, who at least have since seen the sense to take stock and reconsider.

Apparently, Tusk is going to ban cars too, because they pollute the environment, occasionally kill people and, well, we coped well enough without them before they came along, didn’t we..?Read more