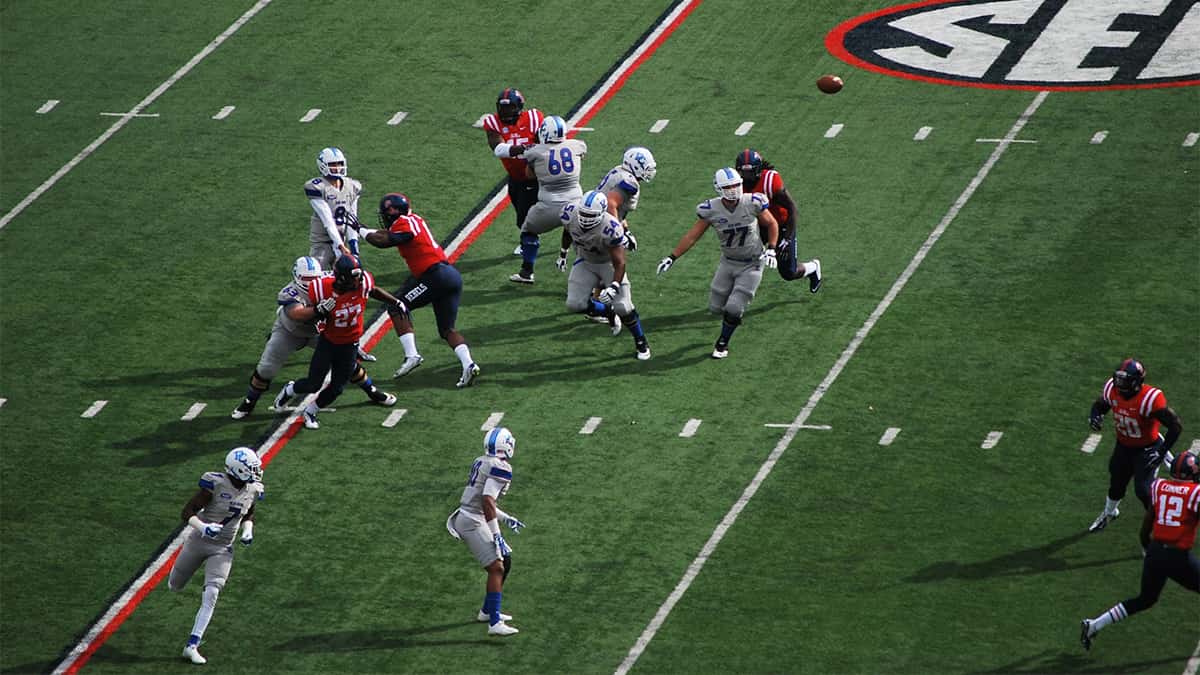 This was a wild Super Wild Card Weekend as the NFL Playoffs kicked off with six games. There were certainly a few surprises Saturday and Sunday, with a couple of wins that would have been almost impossible to predict. The race will tighten up even more now and this weekend’s action showed repeatedly why every play counts if you want to be a winner.

The first game saw the Buffalo Bills take on the Indianapolis Colts in a game that almost could have gone either way. The Bills were favored going into the game on Saturday, but only won by three, 27-24. The Colts had a couple of opportunities throughout the game to claim the lead, but blown calls and missed plays forced them into an early playoff exit. Bills quarterback Josh Allen was on fire, picking up 324 yards as he completed 26 of his 35 passes – two of which ended in a touchdown. The Colts missed one of their chances to pick up some points when they went for a touchdown on fourth down late in the second quarter instead of opting for the field goal. They missed the opportunity and also missed a field goal to fall short, and the Bills are back in business. This is the first time they’ve advanced to a Divisional Round game since 1995.

The LA Rams met the Seattle Seahawks on Saturday and acted like bulldogs throughout the game. The underdog team took an early 20-10 and never looked back, keeping Seattle to just 28 yards in the first half. Jared Goff got his chance to come back and shine after Rams starting quarterback John Wolford took a nasty shot to the head that required a trip to the hospital, and helped his team secure a 30-20 win, despite having three pins stuffed in a broken thumb just a couple of weeks ago. Goff wasn’t at his best, but he was good enough to keep the Rams on top and send the distraught Seahawks home.

It’s no secret that many were rooting for the Washington Football Team (WFT) as they entered the postseason. The team has dealt with a lot of adversity this season, but going up against Tom Brady and the Tampa Bay Buccaneers would prove to be a little too difficult. Brady, now the oldest NFL player to ever throw a postseason touchdown pass, showed why experience counts throughout the game as he completed the game with a passer rating of 110.7 as the Bucs took a 31-23 win. The WFT gave it a valiant effort and deserves a lot of credit for getting this far but, in the end, what they offered in the game was a chance for Tampa to figure out where it needs to tighten up as it advances in the playoffs.

On Sunday, the Tennessee Titans had a chance to rebound from a mediocre season when they took on the Baltimore Ravens. They wouldn’t get it done. This was the second time in two years that these two teams have met in the postseason and the Ravens were out for revenge after losing the first encounter. This was another quarterback-driven game, with Ravens passer Lamar Jackson on fire throughout the game. He connected when he needed to and dealt with Titans pressure as he brought the Ravens back from what looked like another loss, determination showing on his face. The 20-13 win was a sweet victory for the Ravens.

The Chicago Bears did yesterday against the New Orleans Saints what they have done several times this season – they stayed at home. The Bears have, on occasion, been known to play inconsistently and this was repeated at the worst possible moment yesterday. Granted, the Saints had a defense that entered the game with a whatever-it-takes mindset, making it more difficult for the Bears to ever gain traction. The Saints had been the dead-on favorites to win and didn’t disappoint, as they rolled to a 21-3 lead, perhaps giving up a late-game touchdown to the Bears out of pity to make the final score 21-9.

Miracles do happen – just ask the Cleveland Browns. In what was inarguably the biggest upset of the entire weekend, and perhaps the entire year, the Browns defeated the Pittsburgh Steelers as massive underdogs. This was the type of football game that will be discussed and shown around the world for decades, thanks to an unusually perfect performance by the Browns. They took a 28-0 lead against a team that almost went undefeated the entire season, giving up a little ground as Pittsburgh started to fight back. However, too many errors, including five turnovers, on the Steelers side of the game proved costly. The Browns, for the first time since 1994, have captured a playoff win and are starting to give sports gamblers reason to reconsider their betting slips.