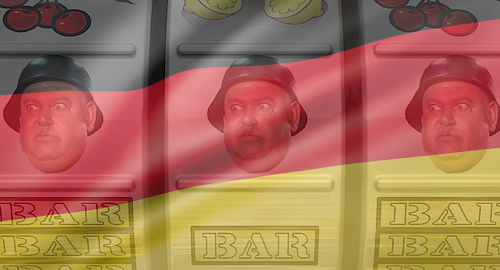 Germany’s online gambling hopefuls are recoiling in horror at proposals to impose new online slots and poker taxes ahead of the launch of the country’s new regulated market.

On Tuesday, the Süddeutsche Zeitung newspaper reported that a working group comprised of the finance ministries of the states of Hesse, North Rhine-Westphalia, Bavaria and Berlin had drawn up a draft law that would impose a 5.3% tax on online poker games and a ‘virtual machine tax’ of 8% on each spin of an online slot.

The report didn’t specify on how this online poker tax would be applied but seems to suggest an additional rake taken on each pot. There are no indications at present what level of new taxation might be imposed on other online casino products (licenses for which are to be severely limited and issued separately from online slots permits).

The Federal Ministry of Finance (BMF) declined to comment on the specifics of the SZ report except to say that changes to existing gambling laws were being discussed. Germany’s 16 states are currently in the process of individually ratifying the new federal gambling treaty ahead of the regulated online market’s launch on July 1, 2021.

The new market rules have previously been criticized on several fronts, including the €1 stake limit for each slots spin (although that will make the new 8% tax easier to compute). Operators are also facing mandatory five-second intervals between slots spins, no auto-play, limits on in-play sports betting and a monthly deposit limit of €1k.

Given average slots payout ratios, taking 8% off the top in tax doesn’t leave much room for operator revenue, let alone profits. Dirk Quermann, president of the German Online Casino Association (DOCV), told SZ that this rate would only encourage gamblers to seek out better value at internationally licensed online casinos, which would “inevitably mean that the goals of the new state gambling treaty are not met.”

Regardless, the Regional Council of Darmstadt in the state of Hesse continues to issue new sports betting licenses, with 21 permits issued to date (some multi-brand operators hold several licenses). The most recent additions to this club include Malta-based NetX Betting, Tipster and the Oddset state lottery betting brand.