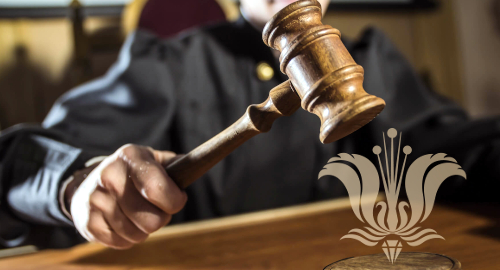 Saipan casino operator Imperial Pacific International (IPI) and its CEO have been found in contempt for wilfully slow-rolling court-ordered payments to former employees.

On Tuesday, Chief Judge Ramona Manglona of the US District Court for the Commonwealth of the Northern Mariana Islands (CNMI) found both IPI and its CEO Donald Browne in contempt of court for failing to comply with previous court orders to pay $93k in attorneys’ fees in a timely manner.

In August, Manglona ordered IPI to pay the $93k to seven construction workers who sued IPI for unfair labor practices during their work on the company’s Imperial Palace casino. The court deemed the fees warranted because of IPI’s “repeated failures” to produce case-related documents demanded by the court.

As with its numerous other creditors, IPI pleaded poverty, so Manglona gave the company a month’s respite but ordered the company to make interim payments as money became available. To virtually no one’s surprise, IPI paid absolutely nothing toward these legal fees.

The plaintiffs raised hell after learning that that IPI was making other payments while ignoring these fees. Manglona threatened to hold IPI in contempt, while Browne was threatened with jail because he directed these payments despite knowing of the court order.

Miraculously, on December 4 – a week before Manglona had set a hearing to rake IPI and Browne over the coals – IPI found some cash under the sofa cushions and paid the fees in full. The Saipan Tribune quoted Manglona warning Browne that the payment was the only reason he wasn’t behind bars.

IPI is notorious for directly extending credit to international VIPs, who come to Saipan, live high on IPI’s hog, run up enormous tabs and then head back to mainland China, where gambling debts are legally unenforceable. This shrewd strategy has contributed to IPI reporting losses in the hundreds of millions of dollars in each of the past couple years.

IPI has occasionally been fortunate enough to have a VIP with some ties to the United States, meaning they can pursue action in US courts (the CNMI is a US commonwealth territory). It’s these US-linked deadbeats that the CNMI now hopes to pressure into honoring their markers.

Senate Bill 21-75 would allow the CNMI’s Attorney General to file liens against gamblers with investments or businesses on US soil. An existing bill already allows the government to claim 10% of any casino debts collected via legal means, but SB 21-75 would boost this share to 15% (plus interest and liquidated damages).

The new bill, which was approved at first reading last week, would also backdate the period in which debts were occurred to qualify for the CNMI collection scheme. The bill would extend this debt period as far back as 2016, when IPI was still running a casino out of a high-end shopping mall.

IPI owes the CNMI government tens of millions in unpaid license and regulatory fees, none of which IPI appears willing to pay at any point in the foreseeable future. Small wonder, then, that the government is seeking any and all means to recoup its bad investment in this casino company, whose commitment to ineptitude long predates the COVID-19 pandemic.

Of course, 15% of nothing is still nothing, and IPI is basically offloading its legal fees onto the government with the presumed knowledge that the attorney general will be chasing feathers in the wind. But if by some fortune the government is able to collect, there’s a case to be made for it keeping the whole sum, because IPI is by far the biggest deadbeat in this story.