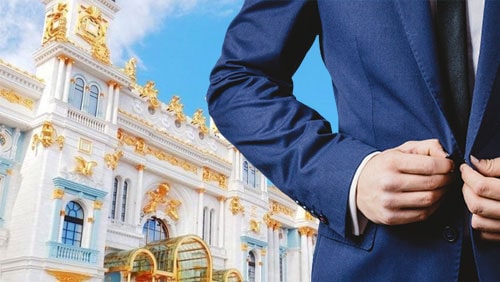 The Commonwealth of Northern Mariana Islands (CNMI) must be flush with cash – mountains of it. That’s the only logical explanation for why the CNMI Lottery Commission has agreed to give Imperial Pacific International (IPI), the controversial casino operator behind Saipan’s Imperial Palace, more time to pay its past-due debt. IPI had previously been told to pay up “or else,” but it has called the bluff and has come out ahead.

IPI is on the hook for $36 million it is supposed to pay to the CNMI’s community benefit fund (CBF). It owes $36 million for not paying the full amount in previous years, as well as $20 million currently. However, the Lottery Commission has agreed to defer the $20-million payment for three years and the $36-million payment for five years. These extensions are grossly lengthy and smack in the face of an ultimatum IPI was given this past August to either get up to date with all of its outstanding bills or face a possible revocation of its license for the Imperial Palace.

The Lottery Commission agreed in October to give IPI six months to pay its most recent CBF contribution, which was due on October 1. The casino operator requested the two new extensions because it acknowledges that it has no money, and the Lottery Commission discussed its options with CNMI Assistant Attorney General John Lowrey and Commonwealth Casino Commission Executive Director Andrew Yeom before announcing its ruling, according to Marianas Variety.

Apparently, the commission feels that IPI is holding all the cards and doesn’t believe that, should the company have its license revoked, another entity would step in right away to take over Imperial Palace. Finance Secretary David DLG Atalig is quoted as saying, “Keep in mind that should IPI leave or the casino commission revoke the casino license, realistically, how long before we have a new casino investor here to build a new casino to regenerate revenue? It could be three years.”

Atalig believes the smartest course of action is to let IPI use the money that would have been turned over to cover its obligations, which also include another $18.5 million in license and regulatory fees, to continue working on Imperial Palace so the casino can start turning a profit. However, IPI reportedly doesn’t even have the money to cover its monthly payroll, which makes its ability to continue to work on Imperial Palace questionable. This is not even taking into consideration the fact that several lawsuits from contractors against the company are making it difficult to find anyone willing to work on the casino’s development.

It appears that Atalig believes IPI might be able to start generating revenue within a few years, but this ignores the obvious – what happens to the fees and financial obligations that are accumulated during the time between now and when revenue is seen? It seems the CNMI has potentially hundreds of millions of dollars squirreled away, since this is the only logical explanation for why it can afford to allow IPI to shirk its responsibilities.