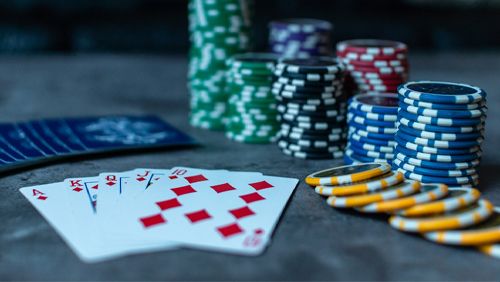 The last Day 1 flight of the 2020 WSOP Hybrid Main Event has taken place, with just 75 players surviving from a huge 257 entries.

It was always likely to be the biggest Day 1 of the three and Day 1c lived up to it’s billing as the last chance for players to put up the $10,000 entry fee on GGPoker and get themselves a Day 2 seat. Overall, 674 players took up the challenge and with no re-entry, the truest WSOP Main Event of this bizarre year has reached the penultimate stage with some having racked up mountainous stacks.

According to the overnight report on PokerNews, the highest-ranked player when play drew to a close was Canadian player Senthuran Vijayaratnam, who totalled 966,714 chips by close of play, the overall lead in the tournament and almost a million chips.

Of the 75 who made it through to Day 2, second in chips was a British player, Jesse Wigan carrying 642,276 through to the next day’s play and Viacheslav Buldygin (480,671) in 3rd place, having less than half of Vijayaratnam’s monster stack.

One man who didn’t make it through to Day 2 was the champion of what was largely referred to as the ‘Main Event’ of this year, and whose top prize of $3.9 million far outweighs this competition’s top prize,  Stoyan Madanzhiev. Madanzhiev, who spoke to us a few weeks ago on that very subject, could not survive a tough last few levels of his battle to repeat his success of the summer.

Other big names lost all of their chips to end their hopes of a bumper payday at King’s Resort very soon, with former WSOP Main Event winner Martin Jacobson, Canadian live tournament winner of the year so far Timothy Adams and Kitty Kuo all following Jack Sinclair, David Peters and 2019 WSOP Main Event runner-up Dario Sammartino to the rail.  It was the last hand of the night that put paid to Bertrand ‘ElkY’ Grospellier, too, as the Team partypoker Pro fell at the last to miss out.

Just 179 players remain in the field when Day 2 kicks off on Monday night, with the bubble bursting at 81 players, leaving just 80 players able to cash for a minimum of $15,277.

With a total prizepool of $6.47 million, whoever does reach the final nine at King’s Casino will cash for at least $75,360 and with Monday’s Day 2 playing down to that final table come what may, it’s sure to be an action-packed session. The top prize of $1,550,969 will be own at King’s on December 15th, but an additional million dollars will be played for in Las Vegas 15 days after that final to see who the ‘Hybrid’ WSOP Main Event world champion is.

Who that will be remains a mystery, but we will all get another page of the story tonight, with plenty of excitement along the way, and we’ll bring you all of that tomorrow right here at Calvin Ayre.