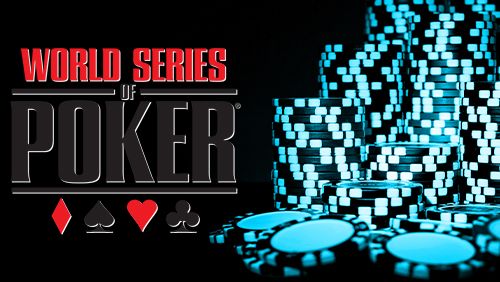 Back in early September, Bulgarian player Stoyan Madanzhiev became the WSOP Main Event champion. To him, and the poker world at the time, that meant he was the 51st world champion of the game following in the footsteps of players such as Doyle Brunson, Phil Hellmuth and Johnny Chan, as well as, of course, the 2019 WSOP Main Event winner, Hossain Ensan.

That was until this week, however. The World Series of Poker announced a brand-new ‘Hybrid’ Main Event, costing $10,000 to enter and having no rebuy function, they referred to it as the WSOP Main Event, as in the 51st WSOP Main Event, eradicating Madanzhiev’s win as the crowning of the World Champion.

Upset, Madanzhiev this week discussed his feelings with a fellow WSOP bracelet winner in Daniel Negreanu, who quite literally signed off on Madanzhiev’s bracelet win back in September.

I totally understand why you are upset man. I do.

From before the event happened I was on record lsaying this wasn’t a replacement for the $10k WSOP main event in Vegas.

Congrats on your win! Epic, you won a tourney that’s in the Guinness Book of Records!

We caught up with Madanzhiev to discuss how he felt about the whole episode, starting with that initial feeling of success when he won $3.9 million by winning the biggest-ever online top prize on GGPoker, the site for whom Negreanu is an ambassador.

“It was great,” Madanzhiev says. “I had never experienced anything like it. It made me feel fulfilled after many years devoted to game of the poker. This year, we were in danger of not having a World Series because of the Coronavirus outbreak. We had the online Main Event and everyone thought that the WSOP couldn’t be held live in 2020. All the participants believed we were playing the main WSOP [Main Event] of the year.”

The marketing around the tournament at the time certainly hints at exactly that. Madanzhiev believes that the Main Event was the one that took place online in September.

“It was advertised as such,” he says. “Nowhere did it say another ‘actual Main Event’ was going to take place later. I hadn’t heard of anyone disputing my title before the news for the ‘new Main Event’ hit the internet.”

Negreanu, of course, plays a crucial role in not just representing GGPoker, but promoting them via his Twitter page, which has a whopping 488,400 followers. But did ‘Kid Poker do anything wrong by doing so with both events?

“Let’s not forget that he represents GGPoker. He is paid by them and it’s normal for him to protect theirs and the World Series of Poker’s interests.” Says Madanzhiev. But he is clear that he believes he won the WSOP Main Event. “My certificate and a signature from Daniel Negreanu confirm it.”

For the Bulgarian player, taking part in what would be a live final in Rozvadov on the Czech/German border would not be easy, and would involve a lot of complicated travel. So, will Madanzhiev be playing this Hybrid WSOP Main Event?

“I haven’t decided on that,” he says. “I was traveling a few weeks ago and it was very, very hard to get back home. I don’t expect it to be a normal trip at all, and the other part is if I take part in this event, am I fighting for something I’ve already won?”

It’s clear that despite the best efforts of Negreanu in discussing the matter with him on social media, Madanzhiev feels let down by the communication he had – or more pertinently didn’t have – before this Hybrid Main Event was announced.

“I feel like this is an injustice. Obviously, I am extremely happy with the money but the title is something important to every poker player. All of us playing this [September] Main Event thought we were participating in the World Series Main Event. Now there will be another ‘Main Event’ and all the people who previously paid to play for the title, including me, have been misled.”

Madanzhiev may have won what is likely to be his biggest ever career score online, but he misses the live game, so the opportunity to look into the whites of his opponents’ eyes in December is tempting. The Bulgarian’s decade in the game mean tournaments such as this are always worth fighting for. He has vast experience playing both live and online.

“I’ve been playing for over 10 years, focusing exclusively on poker. I’ve played online mostly, so to me there isn’t much of a difference. In the last couple of years, I’ve been playing live more often and am looking forward to competing in that field again soon. We all miss the normal game without the masks and plexiglass.”

Despite the return to the live felt for the WSOP, Madanzhiev isn’t convinced that this means a full return to live poker. He’s not alone, with the Poker Shares betting market on the December 28th final in Vegas offering a favourite of there being no tournament to play.

“It’s hard to say, because the Coronavirus outbreak is picking up here and we are experiencing it’s effects harder now. There are many people who I know who are suffering and we cannot ignore the risks. But if people feel they want to play live, then why not?”

The same applies to the WSOP Hybrid Main Event, and it’s a certainty that many will play with the dream of becoming World Champion. Stoyan Madanzhiev knows that feeling all too well.