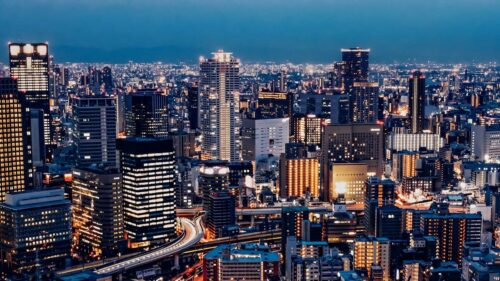 As Japan’s government still plans on moving forward with its integrated resort (IR) expansion next year, after having been forced to put everything on hold because of COVID-19, one of the primary areas to host a casino resort is getting ready. Osaka will, once again, try to get its request-for-proposal (RFP) process off the ground starting in January and the prefecture is now working on the final details of the guidelines it expects all casino partners to follow. This is a reboot following Osaka’s previous attempt, which was halted this past June because of the coronavirus pandemic.

Officials in the Osaka prefecture confirmed last Thursday, during a meeting of prefecture representatives, that they want to move the RFP process forward. While the initial plans had expected to see the IRs possibly up and running by 2022, the COVID-19 situation has forced all timetables to be shifted. However, Osaka has not relented in its pursuit to secure one of the first three licenses that could be awarded to host a casino resort in the country.

There was almost the possibility that the entire exercise in Osaka was for nothing. An initiative had begun a couple of months ago that sought to revive the Osaka Metropolis Plan. Through it, the prefecture would have been divided into different wards, Chuo, Kita, Tennoji and Yodogawa, which could have made it more difficult for a cohesive IR solution to be reached. That initiative was put before voters during elections held on November 1, but it didn’t find enough support. It had previously failed when, in 2015, voters barely defeated it by a margin of just 0.76%, and failed again last month, this time by a 1.2% margin.

Part of the reason for the continued delays at the local levels is because the Japanese national government hasn’t been able to put together the IR Basic Policy that prefectures and cities wishing to host an IR would have to follow. However, Osaka and others that are interested in being selected as a destination for the activity are beginning to push forward and get everything they can lined up in preparation for the final distribution of that Basic Policy.

Nagasaki has also stated that it wants to have its RFP process going in January. The prefecture, located on Japan’s Kyushu island, will begin receiving input from potential partners then, before making its selections sometime in the fall or winter. To aid that endeavor, the Kyushu IR Promotion Council is expected to be launched in January or February, as well, and will serve, in part, as a support group for Nagasaki’s efforts.

Japan’s government doesn’t foresee any additional delays in the introduction of the IRs beyond what have already been encountered. Barring any unexpected surprises, it will begin accepting proposals next fall and could have the final decisions made within 12 months from then.