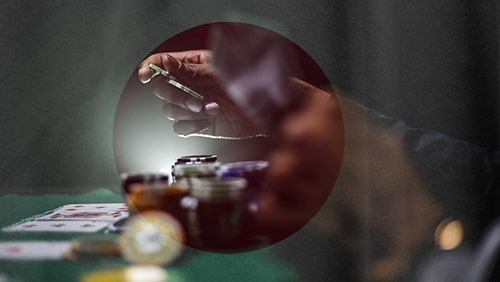 When Japan’s government first approved the idea of allowing integrated resorts (IR) to be built, virtually the entire gaming industry jumped on the news. There was no shortage of interest from casino operators looking to become a part of the new market as soon as possible, and the initial indications were that the first three casino properties could be ready to go as early as 2024, or 2025 at the latest. However, life got in the way and all the plans are completely discombobulated for a number of reasons. It didn’t help that, even before the ink was dry on the new legislation, the government had to deal with a bribery scandal from a would-be operator, but COVID-19 also gave the country a kick in the gut. As Japan slows down considerably on its IR progress, several target destinations considered as the front-runners for an IR, such as Nagasaki and Wakayama, are slowing down, as well.

Japan now doesn’t anticipate having the IR application process ready to go until the fall of next year, well past the initial 2019 launch. The problematic introduction of casino gambling to the country has continued to receive one blow after another, and it didn’t help that the biggest proponent and architect of the legislation, Prime Minister Shinzo Abe, had to relinquish his position for health reasons right in the middle of all the turmoil. Now, a new Basic Policy draft just released last Friday is introducing another delay, with public comments needed before any forward movement on the IR front is seen. The public has until November 7, instead of last Friday, to weigh in on IRs and the newly revised Basic Policy.

As a result of the continuing delays, Nagasaki will take advantage of the extra time to go over its proposal for hosting an IR in more detail and possibly put together additional features that will make it stand out from the rest of the crowd. While some locations have become less enthusiastic about the subject of IRs, Nagasaki is apparently ready to move full steam ahead and do what it can to secure one of the first three licenses that are expected to be issued when (and if) the national government finally gives the green light.

Wakayama is still interested, as well; however, the prefecture’s governor, Yoshinobu Nisaka, is more vocal over his frustration with the Japan Diet and its continued delays with the IR program. To many, the delays seem unnecessary and speak of other, larger issues at the national level, but the governor has other reasons to be frustrated. Every time another postponement or suspension is introduced, it gives gambling opponents more time to find support for their cause and could also make it more difficult for some locations to compete against larger players.

Yokohama understands fully the ramifications the delays have. There is already a group looking to oust the city’s mayor for supporting the idea of an IR, and that group is gathering a lot of attention. Still, Mayor Fumiko Hayashi isn’t deterred, and asserts, “We have conducted additional hearings with operators who submitted a proposal and properly considered them. We will work hard to gain residents’ understanding as we move forward with realizing an IR.”

If the adage “The things you cherish the most are those you worked the hardest to achieve” is accurate, then the locations that finally host an IR, if the industry gets off the ground, will idolize their casinos for a very long time.