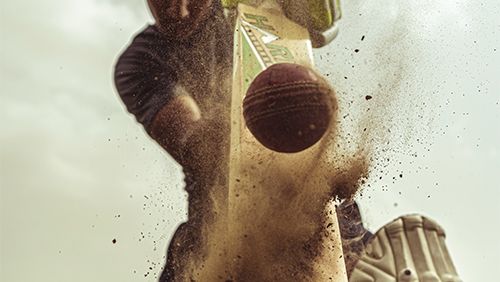 International cricket returns, with three matches commencing this week. Australia take on India at home in Sydney, while across the Tasman, New Zealand will be hoping to start their summer off on a positive note, with a win over the West Indies in their T20 series. 2019 World Cup winners, England will do battle against South Africa.

The COVID-19 pandemic has meant a major shift in the international cricket calendar, with the players only recently returning after a stint in the 2020 Indian Premier League (IPL). Below are our odds and match tips on all three games.

Australia welcome back star batsmen Steve Smith into their line-up for their opening fixture against India in Sydney. Australia have not played together as a side since a 2-1 series win over England in September. The Aussies will be hoping that mercurial all-rounder Glenn Maxwell and keeper Alex Carey can continue their stellar form with the bat. Maxwell and Carey combined for a 212-run partnership to seal a win for the Aussies, in their last outing against England. Australia are expected to field both Maxwell and Marcus Stoinis, with all-rounder Mitch Marsh set to be sidelined for the summer through injury.

India hasn’t played since the IPL in the Middle East, with the side only recently emerging from quarantine. Skipper Virat Kohli will be expected to star with the bat against Australia, with deputy Rohit Sharma to be rested from the series. Kohli averages 59.3 in One Day cricket and has led his side to 11 wins in 17 matches against the Aussie. A clean sweep in this series will see Kohli draw level with former skipper MS Dhoni as the most successful Indian captain against Australia in One Day cricket.

Australia will be confident of another upset win, after ending England’s 10 match unbeaten run at home back in September. Glenn Maxwell and Steve Smith loom as the trump cards for the home side in what should be a close win.

Tip: Australia to win and Steve Smith to top score

An intriguing series is set to be played out in New Zealand, as the home side clash with the West Indies. Caribbean cricket continues to enjoy a renaissance with improved performances against England in England. Both sides will field experimental line-ups, with allrounder Kieron Pollard expected to captain the West Indies in place of Jason Holder. The home side will be without skipper Kane Williamson and pace-bowler Trent Boult. Both players are being rested for the upcoming Test series.

South Africa host England in three match T20 series this Friday at home. It’s been a difficult time for the home side, as South African cricket is desperate to avoid going into administration. On the field, South Africa have struggled to remain competitive. They’ll face an England side who will be desperate for redemption, after losing at home to Australia in their last outing. England have a powerful batting line-up led by Jason Roy and should prove to be too strong in the opening match.