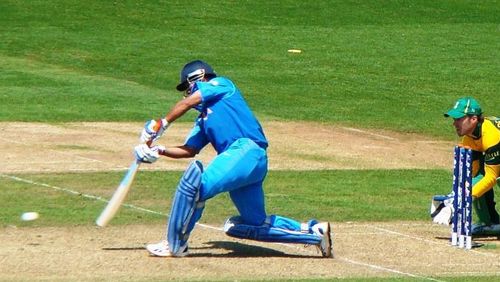 The news of Dhoni’s retirement came as the former skipper announced he will be joining the Chennai Super Kings for the upcoming Indian Premier League (IPL) in the United Arab Emirates.

Dhoni cemented his place in Indian cricket history by leading India to their only 50 over World Cup, T20 World Cup and the Champions Trophy. He finishes as one of the best wicketkeeper batsmen that the game has seen. Dhoni retired from Test cricket in 2014 and was dropped from India’s centrally contracted players in January this year.

Dhoni posted news of his retirement on Instagram. “Thanks a lot for your love and support throughout. From 19:29 hours consider me as retired,” he wrote.

Should India retire the No. 7️⃣ jersey in honour of MS Dhoni? pic.twitter.com/Ff8v62mRdO

“Winning the 2011 World Cup together has been the best moment of my life, wishing you and your family all the very best for your 2nd innings.”

Dhoni was one of the longest serving wicketkeepers for India, playing 90 Tests, 350 one-day internationals and 98 T20s. He stood down as skipper in 2017 to allow Virat Kohli to assume control of India’s one-day and Test side.

Dhoni was joined in the retirement celebrations by all-rounder Suresh Raina. Raina played 18 Tests and 78 T20s for India, as well as 226 One Day Internationals. The allrounder was handy with the bat, averaging 35 with 36 half-centuries and five centuries. He also took 36 wickets with his handy medium pace. Raina is set to join Dhoni at the Chennai SuperKings for the upcoming IPL tournament in the UAE.

“It was nothing but lovely playing with you, wth my heart full of pride, I choose to join you in this journey. Thank you India.”

The IPL kicks off overseas for the first time
Daniel Gardner
24 September 2020
.