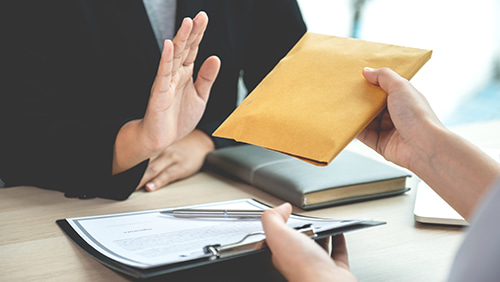 Earlier this month, US private equity firm Apollo Global Management crossed the border into Canada in order to make an offer on Great Canadian Gaming Corp. (GCG). It was reportedly willing to buy all of the casino operator’s shares in return for $2.52 billion, and the idea had already received a certain amount of blowback from shareholders after GCG apparently signed off on the deal. Now, one of the company’s leading shareholders is speaking up and is planning on doing everything in its power to keep the acquisition from going through unless Apollo adds a few extra numbers to the proposed figure.

Apollo’s offer includes a 35% premium over GCG’s trading price on the day the announcement was made. However, Burgundy Asset Management, which controls 9.5% of GCG’s equity, wants more, according to Bloomberg, and is taking sides with GCG’s two largest shareholders to prevent the deal from moving forward. Burgundy accuses Apollo of trying to be “opportunistic” with its offer, given the weakened state of casino gambling in Ontario, and is drumming up support to prevent the deal from going through at its current price point.

David Vanderwood and Andrew Iu, two portfolio managers at Burgundy, said in a letter about the arrangement, “We believe Great Canadian’s Ontario assets are irreplaceable properties for which Apollo’s C$39 [$30] offer reflects only a fraction of their potential value.” If the use of “fraction” is a clue, Apollo will have to be ready to make a serious jump in the amount it’s willing to spend to purchase the assets.

Opportunism is one of the fundamental components of business, so Burgundy can’t be surprised. However, it is already gaining support to prevent the acquisition from going through and reportedly has two other shareholders, investment firms Madison Avenue Partners and Breach Inlet Capital, in its corner. They hold a weaker position than Burgundy, but combining forces will give the opponents a much larger voice. That voice will be added to that of BloombergSen Inc. and CI Financial Corp., GCG’s largest shareholders and two entities who have already been vocal about their disdain over the deal.

Burgundy, and the rest of the opponents to the acquisition, believe that Apollo doesn’t see (or is willfully ignoring) the “tremendous potential GCG operations have. It’s time for Apollo to take a second stab at the purchase, if it’s willing to, and Burgundy adds, “We believe risk posed by Covid-19 are manageable, and that the British Columbia and Atlantic Canada assets provide a reliable valuation floor” for GCG’s stock. Summing things up, Burgundy emphatically states, “As a result, we will not vote for this deal.”