Home / Casino / Which Tribal Casinos are open and closed for Thanksgiving As Americans get ready for the long Thanksgiving weekend, many are trying to figure out what they will do as the Covid-19 pandemic continues to run wild through the country. Lots of Tribal casinos have announced what they’ll be offering, and we’ve got a run down for you of each. 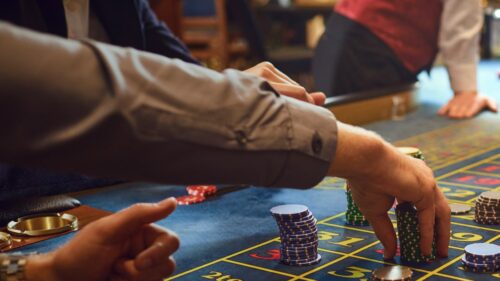 Casinos that are open for Thanksgiving

The Four Winds Casino in New Buffalo, Michigan will be open, but it has closed its arcade and kids play area. If your kids are aged six weeks to 12 years old, they’ll need to find something else to do if you hope to dine and play.

Offerings from the Saginaw Chippewa Indian Tribe will remain open, despite a new pandemic order from the state of Michigan. “Our gaming operations are part of an economic development that pretty much funds 95 percent of the essential services that we provide to our tribal membership,” said Frank Cloutier, Public Information Officer. The tribe operates the Soaring Eagle Casino in Mount Pleasant, Michigan, Saganing Eagles Landing Casino in Standish, Michigan, as well as the Soaring Eagle Waterpark and Hotel, Soaring Eagle Hideaway RV Park, Waaboose Run Golf Course, Eagle Bay Marina, and Retreat at Soaring Eagle.

The FireKeepers Casino Hotel in Battle Creek, Michigan will also stay open. The Nottawaseppi Huron Band are confident they are not contributing to the spread of Covid-19. The casino is maintaining strict safety precautions, with: a limit at 20% of building occupancy; a ban on smoking on the property; reducing the number of gaming positions; a prohibition on gatherings on the casino floor; no valet parking, hand-dealt poker, bingo and buffet dining.

Gun Lake Casino will also remain open, with restricted hours and no dining or drinking amenities. But if you are fine with either the high limit room, or slots surrounded by plexiglass and free coffee, then you’re set.

Other casinos in Michigan that remain open are the Hannahville Indian Community’s Island Resort and Casino in Harris, Turtle Creek Casino, Leelanau Sands Casino, and Little River Casino in Manistee.

The Buffalo Creek Casino in Buffalo, New York will be open, but sit-down dining will be unavailable., Take-out food is offered, however.

The iliani Casino Resort in Ridgefield, Washington remains open. Mich like the Saginaw Chippewa Indian operations, the Cowlitz Tribe has said it is essential to funding tribe operations.

Casinos that are closed for Thanksgiving

The Isleta Resort & Casino in Albuquerque is temporarily closed until further notice, to help reduce Covid-19 spread in New Mexico. “Isleta ReAsort & Casino had has been an industry leader in establishing Covid-Safe periodicals and training programs for its staff. We have installed new safety equipment in all areas. But even with all this in place we still feel it is in everyone’s best interest to stay home for a while so we all can remain safe,” Isleta Pueblo Governor Max Zuni said.

Beyond this holiday weekend, there’s plenty happening on the businesses end in the Tribal Gambling world.

Darrell Pilant, former General Manager for Harrah’s Resort Southern California, is suing Caesar’s Entertainment in a “whistleblower” lawsuit, claiming he was fired for expressing safety concerns in May when the casino pushed to reopen.

Caesars is claiming the Rincon Band of Luiseño Indians, who own the resort, can’t be sued in California State Court as a sovereign tribe. Pilant, who was not an employee of the tribe, is arguing against the motion, as he would have no grounds to sue them at the federal level.

The town of Ledyard, Connecticut believes it should be able to tax slot machines at the Foxwoods casino, arguing that they aren’t owned by the tribe and are thus taxable. This lawsuit goes back to 2001, and recent arguments before the state Supreme Court center over who should pay the millions in legal fees that have piled up.

San Manuel Casino in Highland, California have hired Afsi Bird as their new Vice President of Hotel Operations. He’s expected to oversee their expansion project, with 429 new luxury rooms, suits, premium dining and more expected to be added. “As we move toward the opening of our resort, we will need Afsi’s vast expertise to ensure we have the right team in place to offer that best-in-class service our guests have come to expect from San Manuel,” said San Manuel Casino General Manager Peter Arceo.

Senate bills s 790 and s 4079 have passed through the Senate Committee on Indian Affairs. They will establish land trusts for the Catawba Indian Tribe in Cleveland County, North Carolina and allow the Seminole Tribe of Florida to convey or transfer interests in land.

The Poarch Band of Creek Indians, in cooperation with Betfred USA Sports, have opened their first sportsbook. The grand opening happened on November 21.

“Opening the Sportsbook at Wind Creek Bethlehem provides yet another exciting gaming opportunity for our guests. Partnering with Betfred USA Sports will allow us to bring a first-class sports betting experience in a high energy environment to the property,” said Jay Dorris, President & CEO of Wind Creek Hospitality.

The Me-Wuk Indians of California have won their legal battle to have the Buena Vista Rancheria restored back into a land trust. It was previously terminated by the California Rancheria Act of 1958.

“We are proud and this victory we dedicate to Louie and Annie Oliver who were the Indians who(se) rights were stripped away in 1958. Tribal Sovereignty strengthened today,” the Tribe’s social media page stated.

Cherokee feeling the pinch as Lumbee tribe look to get into tribal gambling
Derek Tonin
1 December 2020
.