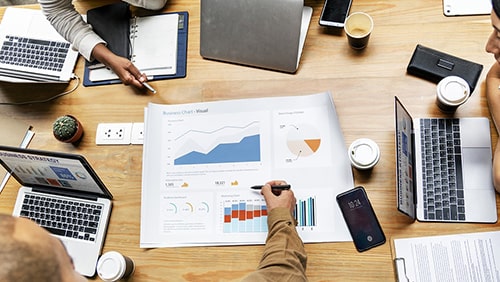 Denmark-based Better Collective, a media group specializing in the gambling industry, has added two new platforms to its growing portfolio. The company announced this week that it has acquired one company in Poland and another with roots in Ireland as it continues to work on its expansion plans. The acquisitions come shortly after Better Collective announced that it had acquired Atemi Group, an iGaming advertising company out of the U.K.

The Polish acquisition comes through the sports gambling brand zagranie.com, which was first introduced in 2017. In a separate deal, Better Collective also scored irishracing.com, a site that focuses on horseracing in Ireland and the U.K., as well as international competitions. It has been around for more than 20 years, making its first appearance after being founded by the Irish Times.

Better Collective CEO Jesper Søgaard said of the acquisitions, “We are pleased to finalise the acquisitions of zagranie.com and irishracing.com. The two platforms are strongly positioned within their individual niche and are established as go-to destinations for sports and racing fans in core markets. Due to their dedicated focus on great quality content, we saw a natural fit between the two brands and our Group and strategic ambitions and look forward to growing our global footprint with the two new platforms on board.”

No details regarding the financial aspects of the agreements have been released; however, if Better Collective’s Atemi Group acquisition is an indication, they didn’t come cheap. Atemi was purchased at the beginning of October, and the price was reportedly around $51.7 million (€44 million). The difference between the previous acquisition and the latest is with the companies’ activities. Atemi targes lead generation using paid and social media advertising, while the new assets focus more on the media aspects of sports.

Better Collective, which just announced that it had won the Award for Commitment to Compliance by an Affiliate Company at the Global Regulatory Awards 2020 ceremony, should find the new revenue streams beneficial, but it doesn’t exactly need a lot of help. When it reported its financial health for the second quarter of the year, which it divulged in August, it indicated that the revenue for the quarter had dropped by 4% to around $18 million (€15.3 million) and that organic revenue fell by 24%. At the same time, it also said it had reserves of $76.59 million (€65.1 million), including $22.9 million (€19.5 million) in cash and $53.78 million (€45.7 million) in bank credit. It’s expected to provide its latest financial report, covering April 1 – September 30, on November 11.