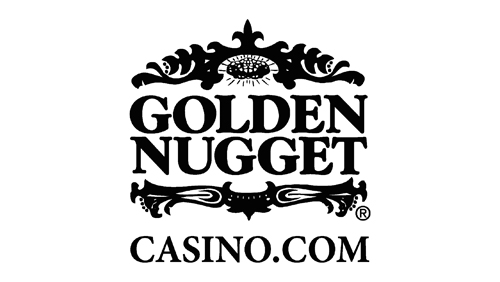 Houston, TX, (November 2, 2020) – The Golden Nugget clinched two awards at the 2020 EGR North America Virtual East Coast awards. The awards in their fourth year recognized and celebrated excellence in the North American online gaming and sports betting industry, rewarding leading operators and service providers for their performance in the past year. The awards are judged by industry peers who take growth, innovation, execution and more into consideration.

Thomas Winter, President, Golden Nugget Online Gaming said, “We are honored and humbled to be recognized by our esteemed industry peers as the Operator of the Year in North America for the fourth consecutive year. Their vote confirms the choice of New Jersey players, who have chosen Golden Nugget as their favorite destination for online and mobile casino. We will now try and apply the same focus on superior product, flawless execution and world-class player experience as we plan our expansion into the other states and launch our new sports betting offer.”

In the first 9 months of 2020, Golden Nugget saw its New Jersey gross gaming revenue grow 72% YoY and recorded over $2 billion in wagering, consolidating its leadership among legacy casino brands. GNOG plans to launch its award-winning product in more US states over the next 12 months, starting with Michigan.

The eGaming Review (EGR) Awards 2020 in their fourth year celebrate excellence in the North American online gaming industry. For the first time the EGR North America Awards are going virtual including a virtual awards ceremony due to the global pandemic. The Golden Nugget Online Casino took home the awards in the following categories.

As previously reported, on June 28, 2020, GNOG entered into a purchase agreement with Landcadia Holdings II, Inc. (NASDAQ: LCA) (“Landcadia II”), a special purpose acquisition company, pursuant to which GNOG will become a public company listed on Nasdaq. Subject to completion by the Securities and Exchange Commission of its review of Landcadia II’s proxy statement in connection with the transaction, and subject to certain closing conditions, including regulatory approval, GNOG anticipates the transaction to close before the end of November 2020.

Golden Nugget Online Gaming, Inc. is a leading online casino gaming company that is owned by a company wholly owned by Tilman J. Fertitta. It is considered the market leader by its peers and was first to bring Live Dealer and Live Casino Floor to the United States online gaming market.

Landcadia Holdings II, Inc. is a company formed for the purpose of effecting a merger, capital stock exchange, asset acquisition, stock purchase, reorganization or similar business combination with one or more businesses that is co-sponsored by Fertitta Entertainment, Inc. and Jefferies Financial Group Inc.

Important Information About the Proposed Transaction and Where to Find It