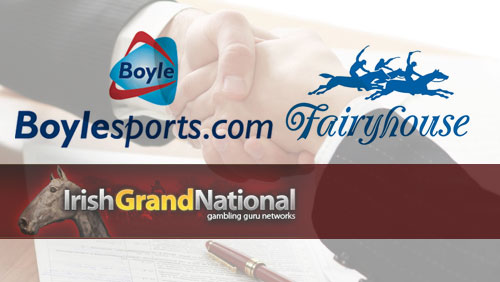 Boylesports’ Chief Marketing Officer James Arnold has decided to leave the firm after the online gambling operator received the green light to move its remote operational office to Gibraltar.

According to eGaming Review, Arnold decided not to join the company’s move to Gibraltar, where its entire remote operations will now be based and governed by the Gibraltar Gambling Commissioner. Other firms, including Bet365, have announced their own plans to take up extra offices in Gibraltar to relocate their operational hubs in the British territory.

A Boylesports spokesperson told eGR that the company is currently weighing its options before naming a successor to Arnold, who helped the firm establish its London office after he left Sportingbet in May 2013.

Event organizers announced that the race at the Easter Festival of Racing at Fairyhouse on Easter Monday, April 6, 2015 will see its total prize money increase by €25,000 to €275,000.

“We are really excited at the extension of our fabulous partnership with Boylesports who are helping us to really drive the Easter Festival in popularity which has grown so much in recent years again,” Fairyhouse General Manager Peter Roe added.

Boylesports CEO John Boyle proudly emphasized how the Irish operator has cornered the market as a major sponsor of two of the premier sporting events in the Irish sporting calendar: the Grand National and the Irish Greyhound Derby.