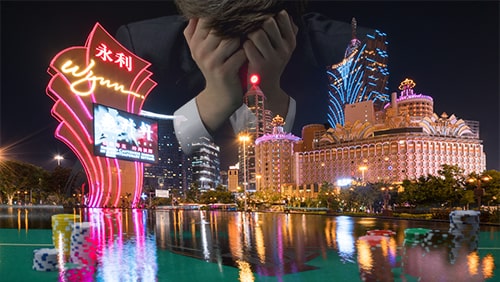 The 13 has been a headache for South Shore Holdings almost since it began. The Macau hotel project was meant to ultimately include a casino, but a number of obstacles have popped up over the years that have kept those plans at bay. With financial losses increasing, South Shore has been looking to sell the asset, and found someone willing to take possession of half of the property last November. However, that deal ultimately fell through, and it still has been unable to crawl out from underneath the load. The company is ready to do whatever it takes to remove the thorn from its side and says that it’s determined to find a buyer by the end of next March.

The agreement to sell 50% of The 13 came crashing down last month after the two sides were unable to reach an agreement to extend certain purchase requirements. As if South Shore weren’t already dealing with enough issues, it had to refund the deposit that had been placed, and was also having to deal with mounting pressure from creditors. The company was forced to report net losses of $131.6 million for the month of September, with outstanding net liabilities of $567.5 million as of the end of March of this year, which coincides with South Shore’s fiscal year.

As a result, the company is going to concentrate harder on getting rid of the property before the end of the current fiscal year. If it succeeds, it will be able to avoid an “audit modification” that could be necessary following statement’s by South Shore’s official auditor regarding the company’s financial health. Those statements include concerns over “certain uncertainties” arising from the COVID-19 pandemic, as well as The 13’s repeated lack of performance.

The audit modification could be possible because the company’s auditor’s conclusion differs from that provided by an independent auditor South Shore had used to assess its financial health. That auditor determined that The 13 was valued at $528.8 million, which is substantially different from later valuations and far from reflective of the sales price that had been negotiated for the 50% stake. That agreement would have seen investors buying half of the property for only around $96.7 million.

To fend off the need to issue an audit modification, South Shore is going to dedicate more resources to finding a buyer, even during a recessed market. It asserted in a filing this week that it will “continue with its endeavors to seek prospective buyers for the Hotel and execute a sale as soon as possible … within this financial year.” At the same time, the company hopes it can negotiate terms with its bank, which has been demanding the “immediate payment” of $320 million to settle its outstanding debt in order to prevent the liquidation of company assets.

Gaming stocks respond to UK COVID-19 vaccine, Macau could be next
Erik Gibbs
5 hours Ago

Macau full-year GDP to fall, but not as much as previously forecast
Erik Gibbs
1 December 2020