Kicked while down: South Shore receives demand for loan repayment

South Shore Holdings Ltd., the company that was to bring the massive The 13 casino resort project to life in Macau, is facing a very difficult situation. Troubles surrounding the venue continue to pile up, as if it weren’t bad enough that the property will never realize its dream and financial losses are growing by the minute. If there were any chance that The 13 would at least be able to float along until being sold, those hopes were dashed when the coronavirus decimated the city. Now, South Shore has received word from a bank that it wants its money from a loan, and it wants it now. 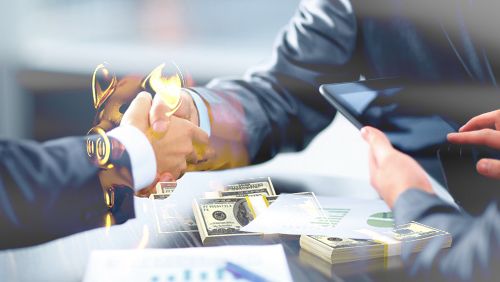 South Shore sent a filing (in pdf) to the Hong Kong Stock Exchange, where it is listed, yesterday, indicating that an unspecified bank is looking for outstanding interest on a loan. The bank wants an “immediate payment” of about $9.2 million, and warned that “enforcement steps to be taken without notice in the event of a failure to repay, inter alia, principal and further interest in the aggregate amount of approximately HKD470 million on 31 March 2020.”

Because of the ongoing issues with the The 13, and the fact that Macau is still operating on life support, South Shore doesn’t believe it will be able to cover the bank’s demand. It added, “Based on the current status, it is unlikely that the Group will be able to meet this deadline. It is still the Company’s intention that the Company will repay the bank out of the proceeds of disposal of a 50% interest in the subsidiary of the Company that beneficially owns THE 13 Hotel (details of which are set out in the Company’s announcement dated 1 November 2019). The Company is continuing in its efforts to finalise the circular relating to the proposed sale, but is aware that this is likely to necessitate an extension to the long stop date (currently being 14 April 2020) under the related sale and purchase agreements.”

South Shore was able to sell off half of its stake in The 13 last November to a conglomerate of companies that includes All Fame Developments Ltd., Ease Link Investments Ltd. and Fine Intellect Ltd. These three entities agreed to purchase the stake held by South Shore subsidiary Falloncroft Investments Ltd. for $95.7 million, but the deal still has to be finalized. As South Shore indicated in its filing, the deal isn’t expected to be consummated until the middle of next month.

That could potentially cause problems, as the bank wants its money sooner. Not only does it expect the interest payment immediately, but it wants “principal and further interest” of about $60.6 million by the end of this month. The company hopes that it can plead its case to the empathetic side of the bank’s nature to develop an alternative repayment plan. However, even if an agreement were to be reached, the current economic downturn does not instill a great deal of confidence that South Shore will be able to cover its debt.