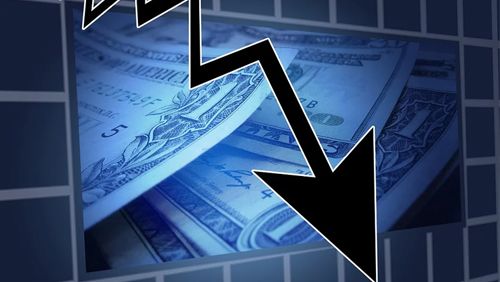 It appears that there is more bad news for South Shore Holdings Ltd., as the company announced that their signature The 13 Hotel suffered heavier losses over the first half of this fiscal year than what was expected. This continues the woes of the resort casino, which has seen nothing but pitfalls occur since the project was first proposed.

According to the company, the loss over the six-month period that ended on September 30 reached HKD506.7 million ($64.7 million). That was a more than HKD60 million increase over the same period of time from 2018. The loss related to per basic and diluted shares also widened, going from HKD0.437 to HKD0.50 for each instance.

In a statement, the company explained that the internal loss from the hotel operations was amounting to “approximately HKD508 million” and was mainly due to finance costs for hotel operations, depreciation and amortization charges and other hotel operation costs recorded in the current period.”

The 13 Hotel has been an albatross of sorts for South Shore Holdings for years. In early November, the company sold off 50% of its holdings in the venue, as three companies joined to purchase the half interest in the resort. This helped the company to remove the suspension from the Hong Kong Stock Exchange that had been in effect for over two weeks as the stock price had been plummeting due to the financial struggles of the resort.

The company’s revenues have never reached expectations. The resort finally opened at the end of August 2018, but South Shore Holdings still reported a net loss of HKD433.63 million for the six-month period that ended on September 30 of that year. That loss was 18 times greater than what the company had suffered for the same six-month period in 2017. Clearly, things seem to be going backwards for The 13 Hotel, who is proving that the number 13 is truly unlucky.

Macau is the home to six licensed casino operators. Each operates its own resort casinos and had been partnering with several of the resorts in the area. However, none of those has expressed any interest in bringing their tables and slots to the area near The 13. That has helped to lead to disappointing occupancy numbers, as the hotel reports an occupancy rate of just 8%. That means on any average night only 16 of the 199 villas in the resort are occupied. At a rate of HKD5,000 per night, that is a substantial loss to the company.

The company does not appear to be concerned, however. In a statement, they explained, “The hotel market in Macau continues to grow steadily, but the overall external economic environment is still posing uncertainty. The U.S.-China trade tension is expected to continue and raise uncertainty on the political and financial risks in the short-term, but it still looks optimistic in the long-term.”