Financing of The 13 Hotel, which opened last August 31, has led to a loss of HKD433.63 million ($55.38 million) for South Shore Holdings Limited (SSH) during the six months ending September 30. 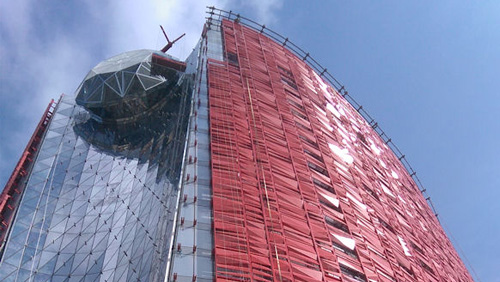 The loss, as reported in a filing at the Hong Kong Stock Exchange (HKSE), is 18 times the loss posted during the same period in 2017, and came “mainly from the increase in finance costs, depreciation and amortization charges and hotel operation expenses for the hotel segment compared with last year.”

“The Group is working to obtain further facilities in order to enhance the liquidity of the Group for hotel operations,” the report read.

SSH noted that bank loans amounting to HKD2.94 billion ($375.72 million) had stipulated that the hotel open by March 31, for which the company asked an extension, as well as the waiving of terms for noncompliance with the agreement. “[T]he Group has not been rejected on the application for extension nor received any written notice from the bank demanding for immediate repayment of the entire borrowing,” it said, adding that for at least 12 months, it expected to be asked to pay only HKD456.29 million ($58.27 million) due August 15, 2019.

For further financing, SSH said that based on ongoing negotiations, “the directors of the Company are confident that the Group will secure sufficient funds to support the Group’s working capital requirements for the next twelve months from the date of approval of these condensed consolidated financial statements.”

According to the report, most of the company’s revenue for the six months ending September 30 came from subsidiary Paul Y. Engineering Group (PYE), that recorded HKD4.39 billion ($560.79 million) in revenue, 43% higher year on year. Gross profit was HKD178 million ($22.73 million), 28% higher than the same period last year.

SSH has already inked an agreement to sell its majority stake in PYE to Precious Year Limited, wholly-owned by ITC Properties Group Limited. As of September 30, HKD179 million ($22.86 million) in deposits have been received by SSH for the sale.