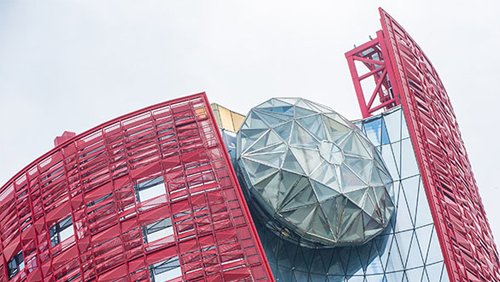 After many years of delays and financial setbacks, The 13 Hotel in Macau’s Coloane district opened its doors to guests on August 31.

In a press release, Mark Lettenbichler, managing director of The 13 Hotel project, said, “Our team at The 13 are thrilled to unveil this new Macau treasure and are proud to showcase our world-class offerings to our guests.”

Walt Power, CEO of South Shore Holdings (SSH) that built the hotel, said, “We are sincerely appreciative of the support by the Macau SAR Government throughout the development process.”

Initial guests were welcomed last weekend, on August 24, the press statement said. The hotel had just obtained all necessary licenses, such as for restaurant and health club operations, two weeks ago.

The question remains, however, when the public can expect a casino to come with the hotel. When The 13 was first proposed in 2012, a big part of the interest had to do with the lavish casino that would accompany the property, with 66 gaming tables planned, 16 of these for VIP use.

SSH suggested acquiring a casino license through an agreement with one of Macau’s six concessionaires, but has not said much more on this. Macau, a special administrative region of China, has granted licenses that are up for renewal between 2020 and 2022 yet. SSH previously stated it would obtain a license and begin casino operations on March 31, 2019 at the earliest.

Among the reasons for the hotel’s delay was the need for additional funding, in the hundreds of millions of dollars, to keep the project going. Adding to the difficulties were personnel changes, notably the resignation of Chairman Stephen Hung, who had founded the company, as well as a Chinese government that looked down on outward shows of extravagance of which The 13 intended to epitomize. Since 2014, Chinese President Xi Jinping has tightened his watch on outflows to Macau casinos, as part of an anti-corruption drive.