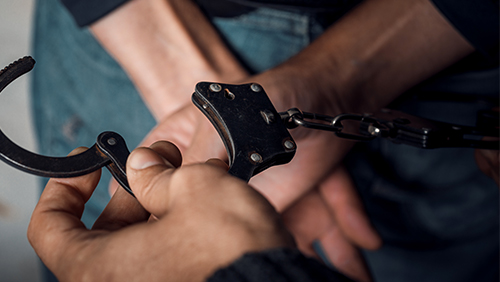 Singapore has a couple of casinos that would love to see everyone turn out on a daily basis to help them recover from the COVID-19 debacle. Marina Bay Sands, a Las Vegas Sands casino in the country, has already started to turn things around, even if it is still in the red, but still isn’t a target for gamblers. This became apparent after Singapore police recently busted two illegal gambling operations and there are now as many as 35 people who could be looking at fines and/or jail time. If only they had opted for a legal option, despite the required casino entry fee, this wouldn’t have happened.

In one case, part of a five-day enforcement action that wrapped up this past Sunday, police arrested 11 men following a raid on an industrial building that took place on October 17. According to a statement prepared by law enforcement, “Preliminary investigations revealed that a 32-year-old man purportedly operated the gambling den, with two men, aged 21 and 38 respectively, assisting in the management of the illegal operations.”

In addition to those 11, another eight are suspected of having taken advantage of the illegal gambling operation to find a little action, and the police are still investigating the individuals and the underground casino. When they conducted their raid, they found two poker tables, gambling equipment and 20 chairs, so the organizers must have been running a popular gambling house.

In another incident, police nabbed 23 people on ties to illegal gambling, but law enforcement didn’t offer a lot of details. The police only stated that the individuals, all between 46 and 76 years of age, were arrested for gambling offenses and that they had confiscated a little more than US$6,100 when they launched their attacks on the areas of Jalan Besar, Geylang Bahru and Chinatown.

Depending on the severity of the charges, which are forthcoming, the individuals will have to be ready to pay the piper. In Singapore, there are strict rules on gambling, and any illegal activity will be met with swift punishment. Offenders can be fined as much as $36,884 (almost the average annual salary in the country), and can also be locked up for different amounts of time. Someone who manages an illegal gambling house can be put away for as many as three years, while those who gamble at illegal venues can spend up to six months behind bars. In some cases, individuals can receive both prison time and a fine.