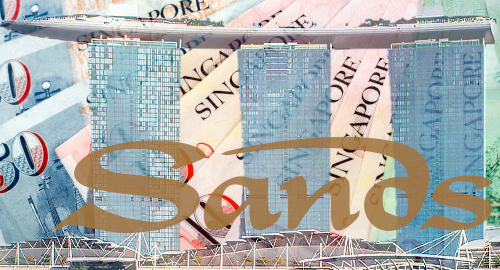 Casino operator Las Vegas Sands lost nearly three-quarters of a billion dollars in the third quarter, with Singapore the only market to generate positive earnings.

Figures released Wednesday show Sands generated revenue of $586m in the three months ending September 30, an 82% decline from the same period last year, but a major step up from the $98m generated in Q2 2020.

Sands booked an adjusted earnings loss of $203m in Q3 while reporting a net loss of $731m versus a $669m profit in Q3 2019. Investors took the results in stride, as Sands stock closed Wednesday down less than 1% but jumped 4% in after-hours trading.

Sands China, traditionally the engine of the company’s success, reported revenue falling 92% year-on-year to $167m, while booking a net loss of $562m versus a $454m profit in Q3 2019. All of Sands’ Macau casinos reported negative earnings, reflecting the market’s ongoing streak of annual monthly revenue declines of at least 90%.

To give you a sense of Sands’ Q3 luck, the Venetian Macao and Parisian Macao reported seriously outsized VIP win rates (3.93% and 6.13%, respectively), pushing overall VIP win up a full point to 4%. Trouble was, VIP gambling turnover was down 92.8%. Equally dire declines were reported in mass table drop while mass win slipped 3.8 points to 19.8%.

Things were slightly better in Las Vegas, where net revenue slipped 62.6% to $152m as table drop dipped only 10% while slots handle slipped one-fifth. Most Macau venues reported hotel occupancy in single-digit territory, but Vegas managed a 43.7% rate, although the market still resulted in a net earnings loss of $40m.

Thank God for Singapore, where Marina Bay Sands shook off its own pandemic shutdown to report revenue of $281m (-64.6%) and earnings of $70m (-84%) as occupancy scored a surprisingly high 55.5%. VIP turnover was down 80% and mass table drop fell 70.4% but slots handle fell less than one-quarter to $2.63b (more than VIP and mass tables combined).

Sands execs spoke optimistically of rising occupancy rates in Las Vegas, particularly on weekends, during which Sands boss Sheldon Adelson said occupancy has been “as high as 70%.” Sands president Rob Goldstein acknowledged that the midweek situation was not as bright but said gaming was running around three-quarters of pre-pandemic levels.

Goldstein said Vegas wouldn’t fully recover until group tours returned and Sands has no ability to replace the hundreds of in-bound flights to Vegas that major airlines have purged from their schedules.

Sands is similarly powerless to do anything about the willingness of mainland Chinese gamblers to travel to Macau, even after Beijing okayed the resumption of the Individual Visit Scheme in September. Regardless, Sands is pressing ahead with its plans to restyle Sands Cotai Central into The Londoner, a process the company expects to start bearing fruit next year.