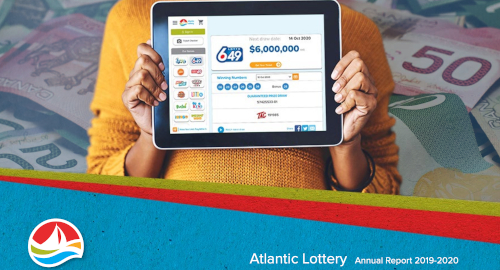 The gambling monopoly in Canada’s four Atlantic provinces suffered a profit shortfall in its most recent fiscal year due to COVID-19 and is frantically beefing up its digital offering in case the pandemic sticks around.

On Tuesday, the Atlantic Lottery Corporation (ALC), which holds a gambling monopoly in the provinces of New Brunswick, Newfoundland & Labrador, Nova Scotia and Prince Edward Island, reported a profit of C$395.4m (US$301m) in the 12 months ending March 31, down 6.2% from fiscal 2018-19.

Revenue fell 5% year-on-year to C$725.5m as overall sales fell and the ALC doled out an additional C$14m in prizes to players. Lottery draw ticket sales were down 8% to C$164m, Scratch’N Win sales slipped 2.5% to C$78m and Breakopen ticket revenue tumbled 13.7% to C$37.8m. The Breakopen product underwent some tinkering that ALC says retailers and players “did not adopt and transition to … as anticipated.”

The only lottery category that posted positive growth in 2019-20 was iGames, as digital instant win sales more than doubled year-on-year to C$10.6m although iBingo slipped C$600k to C$2m.

The Pro•Line parlay sports betting product saw its revenue fall nearly C$1m to C$13.2m, but the ALC blamed this on the pandemic’s impact on major league play. Online accounted for 26% of Pro•Line revenue, up from 19% the previous year. Online sales were up 42% as active player accounts rose 20%, and these players also spent C$14.4m on other online products last year.

The land-based video lottery terminal network was C$1.6m ahead of last year until March, but the pandemic shutdown of retail operations deprived this vertical of around C$20m. The net result was a 4.7% year-on-year decline to C$402m. The Red Shores racino’s sales were basically flat at C$19m.

ALC CEO Chris Keevill, who took over this year as 13-year veteran Brent Scrimshaw retired, said the pandemic was “continuing to affect our operations and revenues.” Keevill said this impact “will require the transformation into a more digitally driven gaming company to ensure its sustainability.”

With digital sales doubling to an 8% share of 2019-20’s overall figure and active player ranks easily exceeding ALC’s targets, Keevill said “the opportunity to grow in the digital space is enormous.” While retail will remain “a vital part” of ALC’s operations, Keevill said “we want it to be even more integrated with the digital lottery experience.”

If ALC was truly serious about bolstering its digital offering, it might consider following the lead of Quebec, British Columbia, Ontario, Manitoba and now Alberta in offering a full-spectrum online gambling product. Until then, there’s only so much load a site limited to lotteries and bingo can carry.