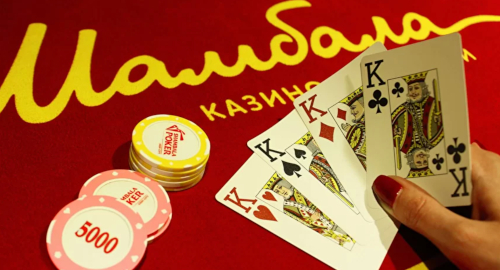 On Tuesday, Shambala CJSC announced that its casino of the same name in the Primorye gaming zone outside Vladivostok will hold its grand opening at 7pm this Friday (16). The oft-delayed property held a soft-launch last week to ensure that its facilities were capable of receiving a flood of actual gamblers and the accompanying horde of local looky-loos.

Among the festivities awaiting Shambala’s guests are a performance by pop singer Leonid Agutin as well as a show entitled Legends of Shambala, at which the casino will distribute RUB300k (US$3,900) to guests. Speaking of, guests are encouraged to register a spot via the casino’s website – which entitles registrants to RUB2k in chips – and the preferred dress code is ‘smart casual.’

Shambala CJSC general director Maxim Smolentsev said the new casinos had no intention of becoming “a closed elite club.” Local guests from all economic strata were welcome “regardless of how much [he/she] is ready to bet on the game.”

That said, local guests will need to bring their passports, as Russia recently imposed new tax laws on gambling winnings that require lucky gamblers to present official identification to collect their filthy lucre. The changes don’t apply to foreign guests, as the government doesn’t want to deter any international gamblers from making the trek to Primorye.

It remains to be seen how long Shambala’s doors will be allowed to remain open to the public, given the Primorsky region’s difficulties in getting its COVID-19 infection rates under control. The local government announced 94 new cases and two new deaths on Tuesday, while beds in local hospitals had reached 90% of capacity, and officials warned that the breaking point could be breached if new infections continue to rise.