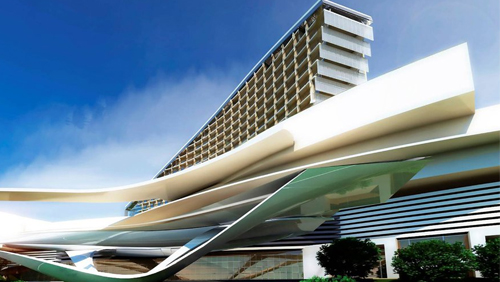 On Wednesday, it was announced that Diamond Fortune Holdings Prim LLC had receive a sizable investment from a Japanese firm that will enable them to speed up and enhance the casino and hotel scheduled to open near Vladivostok starting in September 2020.

We first reported the project back in June 2017 when ground was first broken on the project. The $900 million resort casino was to be stationed about 50 km outside of Vladivostok, one of the more popular tourist destinations in Asia.

Dubbed Selena, the first phase of the complex was to be open in 2019, but it was clear almost from the beginning that it would not be available until early 2020 at the earliest. The casino was to house up to 100 gaming tables and include 500 gaming machines, with the second phase opening as a 295 room hotel within two years of the completion of the first phase.

The industrious plan found itself behind schedule and there was some concern that it may never reach its final lofty goals. That is until Simple Create Company, Ltd became a partner in the project. Simple Create invested $270 million in the Selena project, which has now been renamed “Imperial.”

The new investment not only gets the plan back on schedule, but has also set in motion plans to increase the project altogether. Already the hotel size is expected to add five additional rooms and include a hotel tower as well as a spa and several other amenities, which will include restaurants, shops, and a nightclub. However, it is expected that the gaming operation may see a considerable downsizing from its original plan. The gaming tables will be cut in half and the number of slot machines will likely not exceed 300.

The location of the resort casino in Vladivostok could not be a more perfect fit. Russia already has lenient visa restrictions, making it easy for tourists to come to the country and receive a visa upon arrival. The city is a thriving seaport that has a modern airport. It is believed that this will entice nearly 400,000 guests to come from such countries as China, South Korea, Japan, and Hong Kong each year.

It is expected that the first phase of the project, the completion of the casino, will be accomplished by September 2020. The resort and hotel should be operational about 18 months later.