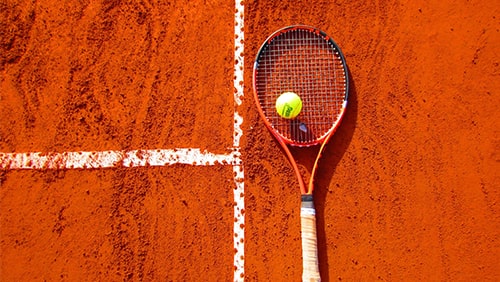 The French Open has been tarnished by allegations of match-fixing as authorities launch an investigation into suspicious betting activity involving a women’s doubles match.

Sports books reported a high amount of unusual betting activity in the first-round match involving Andreea Mitu and Patricia Maria Tig (Romania) against Madison Brengle (U.S.A.) and Yana Sizikova (Russia). French prosecutors have promised a full investigation into the allegations, believing that there’s merit in the case of ‘fraud in an organised group’ and ‘active and passive corruption.’

The individual players involved in the doubles match are not the focus of the inquiry as French prosecutors have probing gang activity over the suspicious betting patterns.

I was told by several sources that many bookmakers issued alerts for abnormal betting in Sizikova/Brengle match at Roland Garros, Set 2 Game 5, Sizikova on serve to get broken. She got broken to love. This is the video of the game (thanks to @UnArdeal for finding the video). pic.twitter.com/OPSO6hBjJj

French Open organisers immediately referred the matter to the Tennis Integrity Unit (TIU). TIU spokesman Mark Harrison released a statement stating that they would not be commenting in the ongoing investigation.

This is the second time in as many months the sport has faced questions over match-fixing allegations.

Former World No.69, Brazilian Joao Souza was handed a lifetime band and a $200,000 fine after being found guilty on multiple counts of match-fixing by the TIU. The 31-year-old had been suspended since March 2019, pending the outcome of the investigation.

The TIU found that between 2015 and 2019, Souza had committed multiple counts of match-fixing across several events in the U.S. and Europe. Evidence uncovered by the TIU included breaches of the Tennis Anti-Corruption Program (TACP) at the ATP Challenge and at events in the Czech Republic, Mexico and Brazil.

The 2020 French Open is set to continue with former titleholder Novak Djokovic the favourite to challenge Rafael Nadal for the men’s title.