Home / Sports / Will lightning strike twice for the Heat in the NBA Finals? 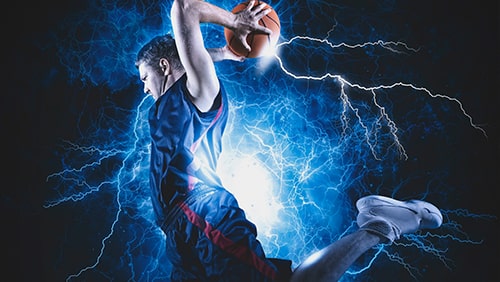 After suffering multiple injuries prior to Game 3 of the NBA finals, it suddenly looked like the Miami Heat’s impressive run to the title battle had come to an end. The LA Lakers had already captured two wins in the best-of-seven series, and the Heat were going into Game 3 without two key players, Bam Adebayo and Goran Dragic. Minus those two, the consensus was that the Heat didn’t stand a chance to win mount a resurgence to counter a strong Lakers offense. Everyone was proven wrong when the Heat took Game 3, and there was suddenly a chance the team could go all the way. The key game is tonight. If the Heat have any shot at a championship, winning tonight is the only way it will be possible. The Lakers are up 2-1, and tying the series would give Heat the motivation they need to dig in and fight even harder.

The Heat were able to take Game 3 off the consistent shots of Jimmy Butler, who put up 40 points on the night. Adebayo, who picked up an average of 15.9 points and 10.2 rebounds during the regular season, could be back in the game tonight after Miami moved him to questionable for the game, and getting these two together would give the Heat two solid playmakers with proven track records of winning. Dragic will most likely continue to sit out as he nurses a bad foot; however, he, too, is listed as questionable.

LeBron James had an off night in Game 3 and there’s a good chance he won’t repeat the weak performance. He was so frustrated with his shooting in that game that he walked off the court with almost ten seconds still remaining. However, King James doesn’t have three championships to his credit for nothing, and knows how to shake off the bad moments to get back in the game. He said after the Game 3 loss, “Throughout the postseason, I stay even-keel. As I’ve grown in this game and I’ve grown over the years, I kind of stay even-keel, understanding that there’s always another opportunity to get better.”

There’s little doubt that the Lakers are going to increase the pressure tonight. Whether or not it will be enough against a resilient Heat squad remains to be seen. The Lakers have been the odds-on favorite in all of the games so far and are getting great odds (-1667) to win the title. However, the Heat can never be discounted, as they showed in Game 3. Tonight, oddsmakers have the Lakers at -295 (+254 for the Heat), on a spread that has moved from 9 to 7 since Adebayo’s return was announced. That indicates some skepticism on the part of sportsbooks that the Lakers are as dominant when he’s in for the Heat.