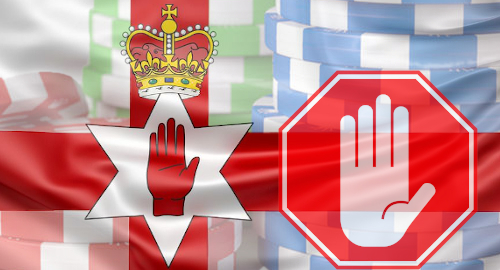 Northern Ireland’s gambling liberalization hopes are running into public opposition as the government starts to discuss the right path forward.

This week saw Northern Ireland’s government launch a discussion on how to update the territory’s hopelessly outdated gambling laws. The inquiry by the All Party Group on Reducing Harm Related to Gambling also unveiled new research by Survation into the public’s view of how politicians should act.

The new poll shows only 20% support for the legal gambling status quo, with three-quarters of respondents backing the establishment of an independent gambling regulator. Nearly as many respondents (60%) also want to see a complete ban on all gambling advertising.

Online gambling isn’t currently covered by Northern Ireland’s existing gambling laws, which were crafted in 1985, although the government does little to deter residents from visiting online gambling sites licensed in other jurisdictions.

The Survation poll found 80% support for subjecting online gambling to the same rules as land-based gambling, while a similar percentage favored strict limits on the amount individuals can deposit in online gambling accounts.

The Survation figures clash with the more liberal skew of last week’s preview of the Department for Communities (DfC) gambling consultation, which found 60% support for legalizing brick-and-mortar casinos and nearly two-thirds support for allowing retail bookmakers to open on Sundays.

The two reports did apparently find common ground on improving measures to protect gamblers from potential harm. Figures from 2016 suggest Northern Ireland has a higher percentage of problem gamblers than either Britain or the Republic of Ireland.

Robbie Butler, an Ulster Unionist Party member and chairman of the All Party Group, said individuals and organizations will be invited to submit written evidence on their gambling views by November 6, with oral submissions starting the same month.

Eventually, a report with recommendations will be submitted to the Northern Ireland Executive, but Butler said it was “already clear” that whatever regulations are crafted “should be focused on protecting vulnerable people and their families, putting the consumer first.”

Vice-chair Philip McGuigan, a member of Sinn Fein, noted that reforming Northern Ireland’s gambling rules was “well overdue.” McGuigan himself struggled with online gambling, claiming to have lost over £100k over an eight-year period, and thus wants to put “measures in place which help prevent gambling-related harm arising in the first place.”

Irish pub owner fined over illegal gambling, if he can be found
Erik Gibbs
11 February 2020