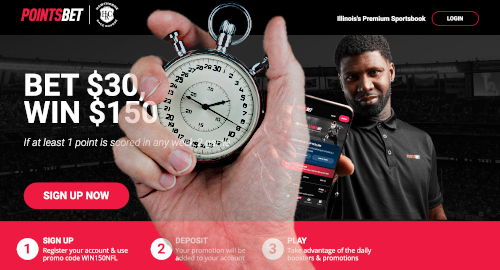 On Thursday, the Illinois Gaming Board (IGB) held its monthly meeting, at which board members expressed satisfaction with the state’s first monthly wagering stats issued the day before. That data showed betting handle of $52.5m for the month of July, all but $4m of which was wagered with the state’s then-only mobile betting operator, Rush Street Gaming’s BetRivers brand.

The state has since welcomed four other mobile betting operators: DraftKings, FanDuel, PointsBet and William Hill. While all mobile operators must have a land-based casino or racetrack partner, they have been enjoying a respite from the state’s legislated requirement for bettors to register at those land-based venues.

Speaking at Thursday’s meeting, IGB Administrator Marcus Fruchter said the state’s mobile betting operators had registered over 230k online accounts as of Tuesday (15). Some of those accounts will obviously reflect bettors signing up with more than one operator, but it’s impressive all the same.

The current window of mobile sign-up opportunity is set to conclude this Saturday (19) unless Gov. J.B. Pritzker issues an executive order extending the temporary lifting of the in-person registration rules. Pritzker has so far said nothing publicly regarding his intentions.

Making hay while the sun still shone, DraftKings signed a marketing partnership with a video gaming terminal operator this month to ensure it could register as many bettors on a purely mobile basis in case Pritzker opted against another extension.

The whole point of Illinois lifting the in-person registration rule was to minimize individuals’ need to travel to a casino or racetrack and risk possible COVID-19 exposure. On Thursday, Illinois reported 2,056 new infections and 25 additional deaths. The total number of cases to date is over 268k and the death toll is 8,392.

Of those getting tested in Illinois, the seven-day positivity rate stands at 3.6%, down 0.1 points from Wednesday. That ranks Illinois within the 23 states that currently meet the positivity recommendation of below 5%, but Illinois reported over 5,700 new cases on September 4, so who knows what the morrow might bring. Or what Saturday might bring from Pritzker’s pen.

DON’T MAKE ME COME DOWN THERE, JASON

The IGB’s Fruchter said nothing Thursday about Pritzker’s intentions, but he did take time to remind the state’s gaming licensees to conduct themselves “in a professional manner when communicating with other licensees, the public and the board.” Fruchter singled out “new” licensees on the need to ensure “professionalism” in their dealings.

Fruchter didn’t publicly shame anyone by name but appeared to be firing a shot across the bow of DraftKings CEO Jason Robins, who threw professionalism overboard in an ill-advised tweet last month referring to the “corrupt idiots at Rush Street Gaming [who] tried to block us in the state.”

Robins has clearly never forgiven Rush Street boss Neil Bluhm for his alleged lobbying of Pritzker to ensure Illinois’ betting legislation contained an 18-month time-out for online-only betting operators. If Bluhm really is/was tight with Pritzker as Robins believed, DraftKings’ shareholders may have their own opinion on who’s the idiot.