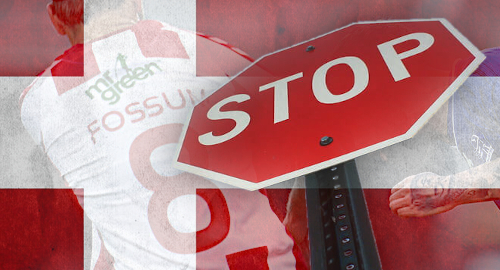 Denmark-licensed gambling operators and sports bodies have shown a red card to the country’s new marketing rules, prompting the government to examine the limits of said rules.

The Ombudsman said it had been contacted by an unspecified sports league that had signed a title sponsorship with a gaming operator. This is a reference to the NordicBet Liga, aka the Danish 1st Division, the second-tier of Danish football, which was recently compelled to drop its affiliation with NordicBet (a brand of Sweden’s Betsson AB).

Since the league’s name would appear on all club jerseys, match balls, in-stadia boards, websites and TV broadcasts, the gaming operator’s name would also appear.

The league wanted to know whether this title sponsorship would jeopardize sponsorship deals that individual clubs might sign with consumer loan companies, be they logos on shirts, in-stadia advertising and websites or via stadium naming rights.

The Ombudsman noted that the intention of the Act was to ensure consumers weren’t simultaneously exposed to gaming and loan promos to deter gamblers from taking out high-interest loans while chasing gambling losses.

However, while the Act’s phrase ‘in connection with’ leaves a lot of room for interpretation, the Ombudsman said there was little wiggle room if the league bore the name of a gaming operator while consumer loan products were pitched via other advertising means visible by sports fans.

The Ombudsman assessed that it would be a violation of the Act “to market the consumer loan companies’ logo, name or other characteristics of player jerseys on which the name or logo of the league was also printed.”

That view led to a complaint being filed by the local Alliance Against Gambling Addiction, which found fault with the logo of William Hill’s online casino brand Mr Green appearing on the shirt of Superliga footballers AaB Fodbold.

Mr Green’s logo appears on the back of the AaB jerseys, while the front bears the logo of Spar Nord, a Danish financial institution. The Alliance claimed this was a clear violation of the Act, while the team evidently felt it was in the clear, since one couldn’t see both sides of the shirts simultaneously.

Other Danish sports bodies have cried foul over the Ombudsman’s assessment, conscious of the potential blow to their sponsorship revenue in the immediate aftermath of the pandemic, which tore a hole in most clubs’ finances. The Arbejdernes Landsbank recently withdrew its sponsorship of the Danish national football team due to uncertainty over the Act.

This week, Denmark’s Minister of Trade and Industry Simon Kollerup stated that the government would huddle up to discuss an acceptable compromise between protecting consumers and ensuring sports doesn’t go broke.