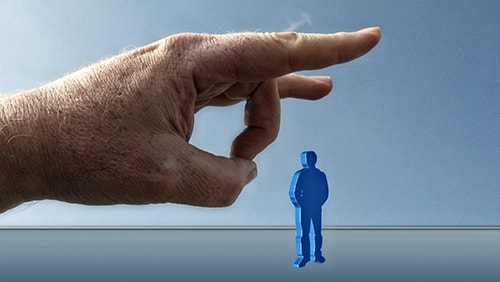 A small group of residents in the Japanese city of Yokohama really, really don’t want to have an integrated resort (IR) come to their backyard. The plans are already on unstable ground due to the coronavirus, and the city has had to put any IR discussion on the back burner several times.  However, if it were up to these individuals, the topic would die a quick, agonizingly painful death. Anti-gamblers have already tried to gather support for a petition requesting Yokohama withdraw from the running, which didn’t prove to be as successful as they thought, so they’re now going to take even more drastic measures. They plan on trying to find a way to oust Yokohama’s mayor, Fumiko Hayashi.

The anti-IR group circulated a petition called the “Withdrawal of Casino IR Bid Plan and Formulation of New Business Plan Independent of Casino” that it thought would garner a lot of interest because of its long, drawn-out title. The group wanted two things – to see Yokohama remove itself from any potential IR bidding wars and the introduction of a new economic business development plan that would not include anything that even hinted at a casino. There was a lot more whitespace than ink on the petition when it was handed over to city officials earlier this month.

Yokohama’s leaders took a look at the petition on September 11 when the Urban Development and Road Committee got together. While it hasn’t specified how many signatures were gathered, a statement by the committee announcing its rejection made it clear why the petition would not move forward. The city said that it was going to forego the request due to the “small number of supporters” that were onboard.

Yokohama City Council member Masato Yamashita took a pragmatic approach in responding to the group’s concerns, stating, “I do understand the sentiment of the petitioners. I hate gambling and do not gamble. There are some in the [Liberal Democratic Party] as well who do not like it. This opposition campaign from residents when nothing has been decided is only based on liking or hating gambling. I do not want to have a conversation that will divide Yokohama city. Regarding an IR, I would like you to try and understand more [the concerns of the residents].”

Now, a citizen-led anti-gambling group, “Recall Starts With One Person,” will take a slightly different approach and try to cut off the gambling efforts at the top. It announced yesterday that it has presented the requisite paperwork necessary to petition for a recall of Mayor Hayashi, complaining that she flip-flopped on whether to try to win an IR license. Before becoming mayor in 2017, she had said she was “undecided” on the subject, but became decidedly for the idea after taking office. A politician that changes his or her stance shouldn’t be a surprise to anyone.

For the petition to work, the group must get at least 500,000 signatures in a city of around 3.75 million. It won’t be an easy task and, even if successful, won’t guarantee a recall. Yokohama isn’t just the home to Hayashi; it’s also where Japan’s new prime minister, Yoshihide Suga, has his base. Suga has already voiced his support for IRs, which could influence how residents react to the petition.