The eSports industry has exploded over the last decade and is the newest big thing in the gambling industry. GameCo CEO Blaine Graboyes has been one of the pioneers of the video gambling concept, combining his background in film and television with his passion for Esports. He took some time out to sit down with CalvinAyre.com’s Becky Liggero Fontana to speak about the future of the Esports industry in this week’s episode of The Long Con.

Blaine Graboyes shared how he got pulled into the Esports industry as a film and television student at Bennington College in Vermont. “I got exposed to the technology around DVD production and started my first company in New York. I was the first digital producer to represented by ICM in 2002,” he said.

“ICM introduced me to the video game space and I worked with some of the top studios in LA, I started in Esports 10 years ago and it was that industry that led to my ideas in video game gambling.”

As Graboyes relates, casino executives needed to be educated on the value of Esports for the gambling industry. “Casino executives didn’t understand why five thousand people would be in a stadium, watching two teams of gamer athletes competing against each other for a $100,000 USD prize pool.”

Graboyes saw Esports as a terrific opportunity to provide some innovation in the gambling industry and attract a new audience of players.

“We have invented this new category of video game gambling which has given land-based and now online casinos ways to engage with and now monetize younger audiences which are of course critical for their growth and success,” he said.

Graboyes continues to be excited about the new possibilities in a regulated U.S. market. “GameCo was built for the U.S. market, we are licensed in 27 North American jurisdictions, including Nevada and New Jersey. Our focus is to give casinos a way to monetize eSports, there’s a lot of interest in eSports from casinos.”

The legalised sports betting market is growing across the U.S. according to Graboyes. “eSports betting is already legal in nine U.S. states. Another four have sports betting bills that include eSports that we’ll expect legalise and regulate in the next few months. We would expect that eSports would just be normalised with sports betting. It is, after all, another professional sport and should just be treated as exactly the same as NFL, MLB or NBA,” Graboyes said.

Graboyes believes that there’s a huge upside in the gambling industry becoming more serious about a partnership with eSports. 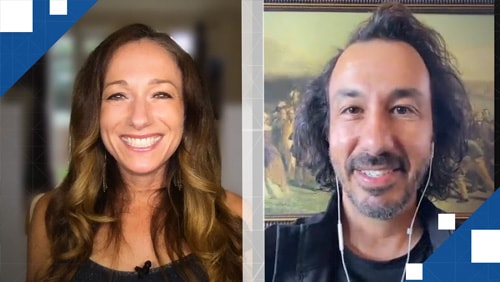 “It looks like it will be a 1.5-billion-dollar industry worldwide this year. The reality is that only a tiny portion of that, about 200 million dollars is actually consumer spending but if you look at eSports betting, we will see a 17 billion dollar handle this year. That is 75 times more consumer spending on eSports betting that consumers are spending on the entirety of the rest of the eSports industry. When we talk about the excitement and the enthusiasm and revenue opportunities in the eSports space, we have to be talking about eSports betting.”

Graboyes thinks there are some unique opportunities in the eSports industry with the potential for operators to attract a younger audience.