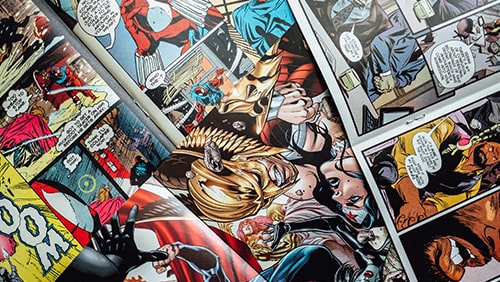 Who’s your favourite videogame character? Until recently, these characters might have progressed from classics like Super Mario or Sonic the Hedgehog to the modern-day heroes, your latest Fortnite skin or Call of Duty’s Soap McTavish.

The influence of Marvel Comics on Esports cannot be underestimated. The recent Fortnite battle where no-one can claim a victory royale, the dispute between Apple, Google and Epic Games, is still raging, but Epic Games introduced an entire Season of Marvel-themed Fortnite skins in order to put pressure on players to either change platforms or complain to their mobile provider.

With in-game quirks such as Dr. Doom’s Mystical Bomb, and characters such as Iron Man, She-Hulk and Wolverine all available, the season has been hugely popular. So what are the chances that Marvel-themed Esports push open a new era of Esports professional play?

This week, Esports company ESL Australia joined up with Chinese tech company NetEase to launch the Marvel Super War Esports partnership. The mobile-based game, which was only just released in Australasia, will see two big online tournaments take place, with Ben Green, the Publisher Developement Lead as ESL commenting that the companies are “aiming to fill in the gaps in the mobile esports ecosystem that may have previously been missing, giving players across all platforms the opportunity to get their start in mobile esports.”

The idea of professional players being able to do so on mobile technology is a very interesting one and would open up the industry to make it wholly more inclusive. For many years, the biggest players have always been on console, with advantages from nuances such as advanced gameplay and controllers that have higher capabilities.

Mobile technology frequently utilizes the flexibility of touch-screen technology without ever being able to compete with their console-based friends. When it comes to cross-platform gameplay, therefore, mobile players are often at a disadvantage. For every auto-fire kill on Fortnite for example, there are twice the number of tech-related deaths, with mobile ‘lag’ and glitches leading many mobile gamers to complain that Epic never cared about mobile gamers anyway.

It’ll take more than the Tart Tycoon outfit and a #freefortnite hashtag to convince regular mobile players of Fortnite that Epic really do have their best interests at heart, which is what makes this ESL partnership so fascinating. It’s putting mobile gamers first, something which has happened so rarely in gaming history.

With Marvel Super War available across Southeast Asia in 13 countries, the Esports industry could be about to get a very well-timed shot in the arm Down Under. With mobile Esports on the rise in the territory, we hope this could be a sign of things to come and that mobile Esports, so crucial for growth across the industry in general, flourishes in the Marvel Super War tournaments.

Let’s face it, if we wait for the communications freeze between Apple and Epic Games to ‘Thor’, it could be some time.