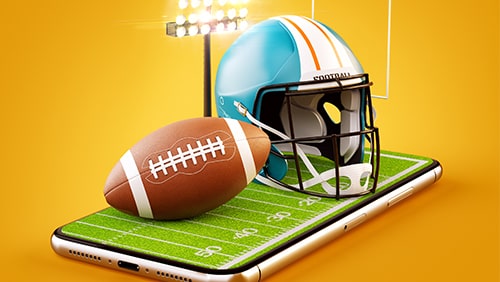 The 2020 NFL season is officially here, and yesterday’s card was full of awesome action for football fans. The start also brought with it more sports gambling opportunities across the U.S. than ever before, with plenty of states now offering regulated markets. Illinois entered into the mix earlier this year when the Illinois Gaming Board (IGB) laid out the rules of the game, and there hasn’t been any shortage of interest. The latest to join the state is PointsBet, which got its mobile gambling app up and running only one day before most of the NFL action commenced.

The Kansas City Chiefs played against the Houston Texans last Thursday, and PointsBet wasn’t able to capture any activity in Illinois, but it made up for it yesterday. The Australia-based sportsbook teamed up with Hawthorne Race Course to make it possible, sealing a deal that was announced only a few days after the state’s governor, J.B. Pritzker, greenlighted sports gambling in the state. Johnny Aitken, the CEO of PointsBet’s U.S. arm, PointsBet U.S.A, said in a statement about the operator’s launch, “PointsBet possesses competitive advantages by owning our technology environment from end to end, such as unrivaled speed and ease of use on a personalized platform. We, together with our partner Hawthorne Race Course, are thrilled to provide the Illinois consumer with exactly what they’ve been craving.”

PointsBet wasn’t the first to get in on the action – BetRivers, DraftKings and FanDuel are already vying for position. However, its entry was made easier by Pritzker’s decision to allow sports bettors to register online, instead of having to make a special trip to an authorized casino. The governor had flip-flopped on that order before reinstating mobile registration, but, as of this Friday, the mandatory trip might be back on the table.

Should Pritzker decide to force in-person registrations again, PointsBet isn’t overly concerned. It will have a retail sportsbook at the Cicero racetrack, as well as three off-track gambling venues around Chicago. Between the four properties, PointsBet will have access to more than nine million residents, accounting for around two-thirds of the state’s population.

Competition is always a good thing for consumers and businesses, even if they don’t want to admit it. Consumers win because businesses are forced to compete for an audience, which means they have to offer sweeter deals than its rivals. This, as much as they might disagree, is advantageous to the operators because it keeps them on their toes and ensures that they focus on the customer experience. Absent this attention, no company can survive for long.

PointsBet is ready to woo sports gamblers to its platform and has already announced several promotions to attract a crowd. The biggest one is the “Crowd Booster” promotion, which will run for the first three games the Bears play this season. The promo works by increasing the spread by five points for every 200 wagers made through the PointsBet app. The Bears were getting five points before the game, and this jumped to 50 at 7:30 PM. In yesterday’s game, the team ended up beating the Detroit Lions 27-23.