Home / Events / Integrity of esports still up for debate 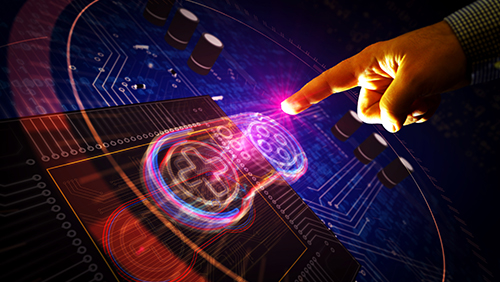 As it’s still a developing vertical, esports offers a lot of unique opportunities for operators, but many risks as well. At the SBC Summit Barcelona Digital, the ‘Breaking Barriers in esports Betting’ panel didn’t always see eye to eye on which paths to success were worth betting on.

When sports betting shut down, lots of punters turned to esports as one of the only available games to bet on. Erik Kristiansen, CEO of PixelBet and Pavel Krasnovsky, CEO of RTSmunity, didn’t see eye to eye on if this growth would be sustainable. Kristiansen thinks if the offering is right, older punters could stick around, but Krasnovsky thinks it will all be washed away as more traditional sports offerings come back.

Steven Salz, CEO & Co-founder of Rivalry, and Dr. Matthis Krischenhofer, Chief Legal Officer, Sport1, Medien AG, proposed that esports could perhaps be used in a different way. By offering a platform that appeals to younger punters, they could be converted to more profitable verticals. Salz explained:

“Our view is that esports is a great market access to less younger demographics and the next generations interest in betting. So I think what an esports endemic or an esports focused platform brings, like Pixelbet, is you can build on top of funnel, an onboarding experience, a retention experience, an overall user experience, and a customer support experience that is designed for a younger generation or the next generation. This is because you’re focusing on esports, but then you can up-sell them to sports, casino etc.”

Salz also offered the ways esports differs from traditional sports federations as an advantage. Some operators are hosting their own tournaments in a marketing bid, and he sees this as a potential way to grow the business. The other panelists were more alarmed.

“Some betting companies have started to organise tournaments and I think that it’s a great idea for gaining new punters,” said Krasnovksy. “But on the other side from the esports professional perspective, it definitely harmed the market. Because these tournaments are not regulated and I think once they are not regulated, there is a huge potential for cheating and integrity issue.”

Dr. Kirschenhofer agreed with this view. “I think also in view of esports, we need some standards, and we are free to define them but I think this would be the next step for our industry to come together with betting on eSports with the media industry to define these standards,” he said. “Otherwise, the regulator will do it, and then it will be hard.”

The SBC Summit Barcelona Digital will be running for the rest of the week. If you’re attending the event, come visit us at the CalvinAyre.com booth, or stay tuned here for all the latest coverage.

Is the latest Madden 21 NFL game the worst version ever?
Paul Seaton
2 September 2020
.