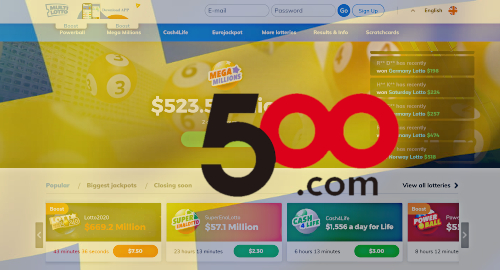 Online gambling operator 500.com has finally won permission to relaunch its Swedish-licensed MultiLotto brand, which accounts for nearly all of the struggling company’s current revenue.

On Wednesday, the New York-listed 500.com announced that Sweden’s Spelinspektionen regulatory body had reinstated the online gambling and betting license of Multi Brand Gaming Ltd, an offshoot of 500.com’s Malta-licensed The Multi Group (TMG) that operates the Multilotto.com and Multilotto.se domains (the latter of which remains offline at present).

Spelinspektionen suspended Multi Brand’s license in January after 500.com somehow failed to complete the license renewal process by the stated deadline. 500.com initially said it hoped to resume Swedish operations by “mid-February” but that timeline came and went without any hint that Sweden was preparing to allow the company back into the local market.

Sweden’s issues with 500.com’s petition for reinstatement remains unknown, but the delay coincided with the company’s involvement in a Japanese political corruption scandal related to 500.com’s pursuit of an integrated resort license. Just this week, the Japanese lawmaker at the center of these bribery allegations was arrested for a fourth time as more details became known.

The loss of its Swedish gamblers weighed heavily on 500.com’s already dire financial results, as the company derived nearly 90% of its 2019 revenue from TMG, of which 61.3% came from Sweden.

Last month, 500.com revealed that its Q2 revenue had fallen to just $500k, down nearly two-thirds from the same period last year. The company booked an operating loss of $7.4m and a net loss of $12.2m.

Until March 2015, 500.com was one of only two companies participating in a ‘pilot project’ of China’s online lottery market. The suspension of online sales following a corruption probe into provincial lottery administrators spurred 500.com to purchase TMG in 2017, but its modest revenue contribution couldn’t hope to restore the company’s previous activity level.