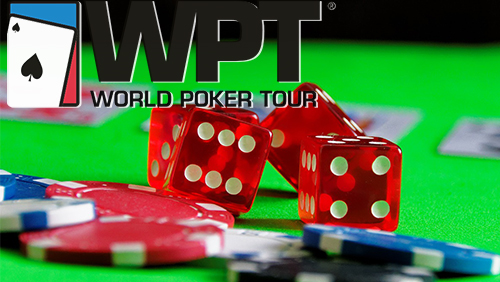 In a week where the whole of poker, let alone the World Tour is in mourning for the passing of Mike Sexton, it is perhaps befitting the man that the game of poker, and in particular in the WPT World Online Championships, piushes ever forward.

As recently as July this year, the WPT Champions Cup was renamed in honour of the late, great Mike Sexton, and Day 1a of the World Poker Tour World Online Championships Main Event kicked off yesterday in fine style.

Taking place on partypoker, for whom Sexton was the Chairman until his passing, the first flight of the Main Event attracted 521 entries in total, with each player’s buy-in of $10,000 ensuring a prize-pool of $5.2 million was already reached.

Just 80 players remained at the close of play, and those six dozen and spare players will advance to a Day 2 which already looks like it will be packed with superstars from the game we all love.

At the end of the day’s play, the overall chip leader was Slovenian player Blaž Žerjav, who amassed a whopping 4.4 million chips. He wasn’t the only player to bag big, however, as some giants of the game loom in his rear-view mirror.

Coming in second in chips was the Polish poker sensation, Dominik Panka, while just one more place back was Shaun Deeb. It’s impossible to think of Deeb without recounting some of his at-felt antics, and it would be remiss of us if we failed to highlight the incredible slowroll Deeb laid on Mike ‘The Mouth’ Matusow just two years ago.

There are plenty of players who made Day 2 from the WPT Champions Club, meaning they’ve won a bona fide WPT Main Event in the past. These include: Dylan Linde (1.9 million), Ole Schemion (1.7 million), Juha Helppi (1.5 million), Scott Margereson (809,000), GPI legend Alex Foxen (676,000) and former WSOP Main Event winner Ryan Riess (400,000). Others through to make the Day 2 Table Draw include partypoker ambassadors Dzmitry Urbanovich and Philipp Gruissem.

Day 1b of the World Poker Tour World Online Championships Main Event takes place this coming Sunday, 13th September at 7.05pm GMT, with the buy-in of $10,300 able to be minimized if you qualify for it via satellites, which are running now on partypoker.