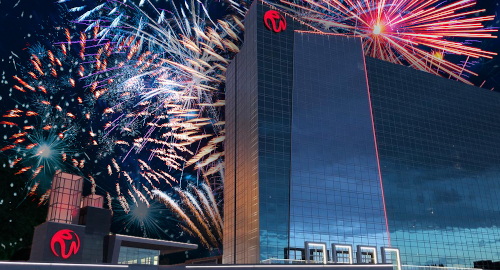 New York’s commercial casinos will be allowed to reopen on September 9, ending a nearly six-month shutdown due to COVID-19.

On Thursday, New York Gov. Andrew Cuomo confirmed his hints earlier this week that the state’s four commercial casinos and 11 racetrack-based ‘racinos’ would receive some ‘good news’ regarding their operations. Casinos like MGM Resorts’ Empire City and Genting’s Resorts World Catskills (pictured) have been closed since mid-March as the state grappled with the country’s most severe pandemic outbreak.

While the casinos will be allowed to reopen next Wednesday, they will face significant restrictions on their operations, including a cap of 25% of their normal capacity (lower than some states, higher than some others). Casinos will also have to install “enhanced ventilation” systems equipped with MERV 13 filters.

Table games will only be allowed if casinos erect physical barriers between players, and state regulators must approve these barriers before table play will be permitted. Slot machines are okay provided there’s six feet of space separating individual players, who must wear masks at all time.

Alcohol service won’t be permitted on the gaming floor and casinos in the New York City area won’t be allowed to reopen their restaurants, based on the city’s ongoing prohibition on indoor dining.

The state’s tribal gaming operators, which as sovereign entities aren’t subject to the state’s regulatory orders, began reopening their casinos in June. The commercial casinos cried foul and publicly lobbied Cuomo to allow them to reopen to save an estimated 5k jobs, but the governor proved unwilling to bend until now.

Genting Americas East president Bob DeSalvio said Resorts World Catskills had “implemented a plan to seamlessly integrate the unmatched experiences in excitement, entertainment and luxury that guests have come to expect, with the more stringent health protocols that are needed to operate safely.”

New York has approved land-based sports betting at its upstate casinos, and Gov. Cuomo offered Wednesday to wager any sum that President Donald Trump won’t win the state of New York in November’s presidential election. Cuomo, who has publicly sparred with Trump over who’s to blame for New York’s pandemic situation, called Trump’s pandemic response “an abysmal failure” and challenged him to “put your money where your mouth is.”

Trump responded Thursday in typically garbled syntax, tweeting that “Governors [sic] Andrew Cuomo of New York has the worst record on death and China Virus.” Trump failed to acknowledge that ‘Presidents’ Trump has the worst record of any national leader regarding  their nations’ respective pandemic fatalities, which in the US currently stand at just under 186,000, around 50% more than the runner-up Brazil.