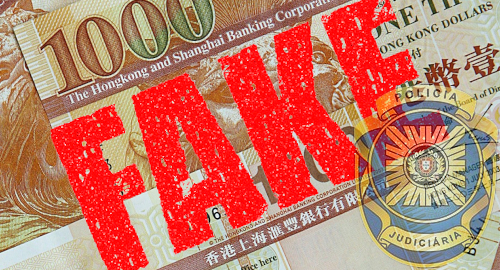 Macau’s gaming-related crime may be on the wane, but the struggling VIP casino gambling market is still providing opportunities for criminal scammers.

The H1 report was unique in that it failed to include any statistics regarding crimes associated with Macau’s gaming industry. The PJ justified the omission by stating that “the statistics on crimes involving the gaming industry in the first half of 2020 are not representative” due to the dramatic reduction in the number of gaming tourists due to the COVID-19 pandemic.

That said, the PJ noted that there were only 29 kidnappings in H1, a nearly 83% reduction from the same period last year. Many Macau cases of forcible confinement involve gamblers who took out ill-advised loans from sketchy figures who then hold them for ransom from family and friends on the mainland. Loan-sharking and fraud cases were also dramatically reduced, falling 83% and 25%, respectively.

But fraud remains an ever-present threat. On Monday, the PJ announced the arrest of four individuals suspected of purchasing HK$10.6m (US$1.37m) worth of casino chips from a local resident using ‘practice’ bank notes that are used to train bank tellers and cashiers but are worthless.

The victim told the PJ that he’d been asked to redeem the casino chips by his boss, a high roller who kept his cash at a VIP gambling room in an unspecified casino in Macau’s Zape district. The VIP room had suspended its chip-cashing service as Macau’s VIP gambling market dried up, which put many junket operators in an uncomfortable liquidity crunch.

The victim reported that an intermediary had hooked him up with the alleged scammers, who agreed to exchange the HK$10.6m in chips for HK$10m in cash. The exchange was reportedly made in a dark alley – which should have been the first clue that something was amiss – and it was only later the victim realized he’d only received HK$40k in actual cash along with the funny money.

Surveillance cameras allowed the PJ to trace the scammers’ whereabouts, resulting in the arrest of all four suspects – two locals, two mainlanders – who now face charges of fraud and organized crime.