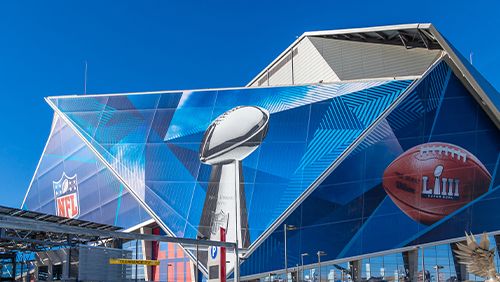 It took less than a day for someone to show interest in purchasing the Utah Royals FC after the owner announced that he’d be giving up his stake in the team. Dell Loy Hansen, through his involvement with Real Salt Lake, has owned the National Women’s Soccer League (NWSL) team since it launched in the league two years ago; however, comments he made last week in relation to athlete protests across all major sports didn’t sit well with almost anyone, and he was forced to surrender his stake in both organizations. The Utah Royals shouldn’t worry, though, they’re in good hands and a popular NFL star is ready to jump in and purchase the team.

After the latest apparent unprovoked attack on a black man by law enforcement, this time in Wisconsin, athletes across the NBA, MLB, NHL and many more stepped away from their games in protest. Jacob Blake was shot seven times in the back by police in Kenosha, Wisconsin, leaving him paralyzed after the bullets shattered his spinal cord. After many of last Wednesday’s sports games were pulled in protest of the shooting, Hansen tweeted, “The disrespect [the athletes have shown] was profound to me, personally.” He added in a subsequent tweet, “It’s taken a lot of wind out of my sails on how much I want to invest in the team — buying players and building the team.”

The comments were immediately blasted as tone-deaf and ignorant, and calls surfaced urging his dismissal as the owner of Real Salt Lake and the Utah Royals FC. Hansen tried to apologize for his comments, but the damage was already done, and he initially announced a leave of absence before subsequently acknowledging that the teams, which are owned by Hansen through Utah Soccer Holdings, are going to transition to new ownership.

NWSL commissioner Lisa Baird had issued a statement yesterday afternoon following Hansen’s comments, explaining, “The [NWSL] has been informed that Dell Loy Hansen will begin the process to sell Utah Soccer Holdings, the entity that owns Utah Royals FC. That decision is in the best interest of the club and the NWSL. Mr. Hansen’s contributions to the league’s growth and the continued development of soccer are notable, but we agree that the decision is the right one for the future of the Royals. We look forward to supporting the Royals players and staff and will assist the ownership transition in every possible way.”

It took all of about two minutes for a high-profile figure to show interest in becoming the Royals’ new owner. JJ Watt, defensive end of the Houston Texans, responded to the tweet with a simple “I’m interested” response, and that was enough to get the ball rolling. The five-time pro bowler and Sports Illustrated Sportsman of the Year has thrust himself into the limelight for something other than his football talent, and having him lead the team could bring a whole new level of excitement to soccer in the US. He’s already married to an NWSL star, Kealia Watt of the Chicago Red Stars, and the status each athlete enjoys would definitely bring a new marriage, of sorts, to the NFL and US soccer.