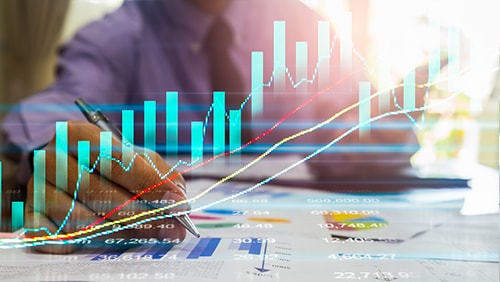 Casinos taking hits to their bottom line is not news this year. The coronavirus has proved to be an extremely powerful enemy to the entire gambling industry, which is suffering some of its worst revenue slides on record. Those companies who had the foresight to properly manage their finances over the years are in much better shape to be able to recover, and those who leveraged themselves too thin are scrambling to figure out how to survive. Landing International Development (LDI), the Hong Kong-listed casino operator behind Jeju Shinwa World in South Korea, has done well with its response to the global pandemic. While it has suffered losses like the rest, it reports that its net loss was only a fraction of what it could have been if it had been slower to react.

According to a filing with the Hong Kong Stock Exchange from last Friday, LDI saw a net loss of a little more than $102.2 million over the first half of the year. This was 5.2% lower than what was reported for the same period last year, and comes after the company’s aggregate revenue dropped 24.5% in the six-month period. That figure came in at $33.81 million.

The winning formula included a mix of increased revenue in its gaming operations, decreased operating expenses and the cutting of some leases last year that resulted in LDI not having as much unnecessary baggage. The operator added in its filing, “In response to the decreasing number of cross-border travellers [due to the coronavirus], we concentrated on the local market by offering discounted family packages and promotion events … our enhanced marketing strategy has been rewarded a satisfactory response with improving hotel occupancy rate since May 2020.”

LDI’s gaming revenue, despite the ongoing COVID-19 debacle, jumped 26.6% year-on-year during the first half of 2020, reaching $13.04 million. This caused a gaming business segment loss of $9.16 million compared to the segmental loss of $27.38 million it reported for the same period last year. Non-gaming revenue, however, dropped by a massive 39.8%, only reaching $20.78 million. That decline was a direct result of the attack from COVID-19 and the subsequent loss of traffic at the company’s properties.

The company was also able to reduce its losses by selling off its Stepwide Developments Ltd. subsidiary this past May. In an attempt to keep additional losses to a minimum, LDI is going to hold off on expansion projects at Jeju Shinhwa World. The work being done to add a Four Seasons Resort and a theme park have been temporarily suspended, but will be resumed when the time is right. The decision to halt the projects will help the company “preserve healthy liquidity.”

While Jeju expansion may be on hiatus, LDI is ready to push forward elsewhere and is hopeful that its plans of building a resort in the Philippines will come to fruition. The company explained in its filing, “Due to the lockdown and travel restrictions in the Philippines, the group has faced difficulties in identifying another lease of land. However, the group has been granted a suspension by [PAGCOR] of the prescribed period” to submit its new land target. LDI didn’t provide more specific details on any deal that might currently be in the works.