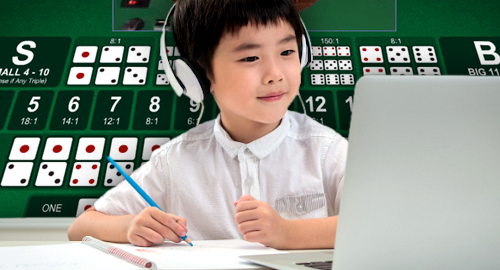 On Monday, the Internet Security Bureau of China’s Ministry of Public Security issued a notice via its official WeChat account to warn telecom firms that it was launching a four-month “special rectification of the network environment for online classes in primary and secondary schools.”

The message noted that students’ increasing use of online education during the pandemic is being ruined by pop-up ads promoting “illegal and harmful information” such as pornography and gambling. Members of the public are being asked to report any incidents in which their kids are exposed to “vulgar and harmful information.”

The Ministry in increasingly enlisting the public to help combating online gambling. In June, the Ministry launched a public snitch line for online gambling tips, while some provincial authorities are promising to pay for tips that result in prosecutions.

Last week, the public was invited to submit original posters and short videos for the social media “publicity and education campaign for combating cross-border gambling.” The government subsequently rolled out its own anti-gambling video series to demonstrate what type of message it was trying to convey.

The country’s financial institutions are also doing their bit to clamp down. Earlier this month, the China Payment and Settlement Association announced that its members had dealt with some 2,272 online gambling cases in the first six months of 2020.

Nearly 100 of these cases involved merchants illegally transferring control of their online payment interfaces and codes to gambling operators to allow online gambling transactions to fly under the authorities’ radar.

On Monday, the Hebei Provincial Public Security Department announced that they had disrupted an online gambling ring that handled over RMB2b (US$289.5m) since 2019 from a customer base of over 10k. The suspected ringleader is under arrest and 15 other individuals are under investigation to determine their roles.

Even operators based in other countries aren’t safe from China’s long arm of the law. This weekend saw Vietnamese authorities repatriate 11 Chinese nationals wanted in Guangxi province for running a China-facing illegal online gambling operation from Vietnam’s Quang Ninh province. The arrest is the latest in a series of busts involving the two countries since their first joint operation one year ago.