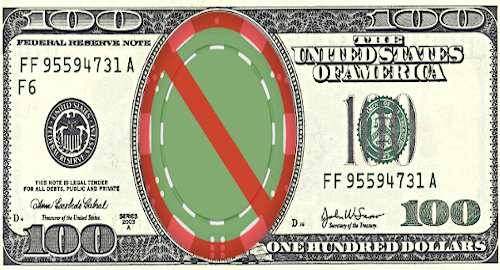 tation Casinos is adding cashless payments to all its Las Vegas properties, while Everi Holdings is pledging to launch its new cashless gaming solution later this year.

The Reno-based ACS PlayOn’s system allows gamblers to use their debit cards to purchase chips without having to slide off their stools and schlep their butts down to the bank machine, withdraw germ-ridden banknotes and then return to the table to purchase chips. ACS PlayOn also makes similar systems for slots, sportsbooks and poker rooms.

Nevada regulators approved new rules in June to make it easier for gaming licensees to accept cashless payments. The changes followed lobbying by the American Gaming Association, which noted the desire of casino guests to avoid cash cooties during a global pandemic.

CashClub Wallet will allow casino customers to not only easily move funds in and out of a casino – including from land-based to online and back again – through a variety of funding sources, it will also allow players to pre-set spending limits, a feature that may help convince nervous regulators that offering easier access to gambling funds can also be responsibly managed.

The next step in this evolution should be to extend payment options to something other than fiat currency. The online gambling world has already embraced digital alternatives such as Bitcoin SV, which, among other benefits, offer much smaller transaction fees than those imposed by major credit cards.