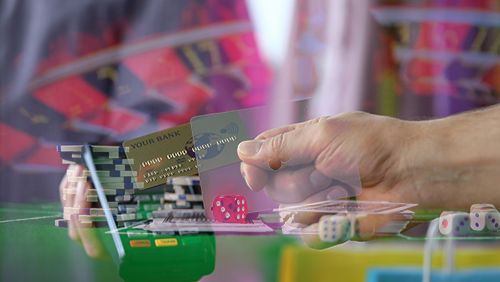 As we try to distance ourselves from anything that might get us sick, the use of cash in casinos has become a potential way to use technology to accomplish that task. The Nevada Gaming Commission (NGC) made it easier for Nevada casinos to introduce cashless systems within their land-based operations on June 25, and that opens up a huge opportunity for casinos to improve their operation and save money with Bitcoin SV (BSV).

The NGC passed eight amendments, each of which will make it easier for cashless systems to be introduced. Effective immediately, the amendments remove some of the existing requirements for a cashless system, such as required print outs for slot machines. Funds can now be transferred directly from a smart device to slots or tables and then back again.

The NGC said that they hope this would be the first step toward transforming the use of currency in casinos to electronic payment transfer systems. But not everyone is in favor of the idea, as some responsible gaming advocates have expressed concern that this will make compulsive gambling easier to pursue. Acting commission Chairman John Moran didn’t agree. “I don’t think you really give anything up by approving the first step,” he said.

Board Chairwoman Sandra Morgan, Phil Katsaros and Jim Barbee agreed that this shouldn’t introduce any additional problems, and in fact could help improve factors like tracing financial transactions through cashless systems and enforcing self-exclusion.

In fact, using the Bitcoin SV blockchain, all of these features can not only be baked in, but they can help reduce costs for the casino operation as well. Companies like BitBoss have already put a lot of work into developing BSV brick and mortar solutions that allow the customer to accomplish everything described by the NGC’s new amendments, record everything on the blockchain for easy traceability, and reduce costs for the operator.

This is just a first step though. The NGC didn’t mandate that self-exclusion measures should be required in new cashless systems, but commissioners suggested that they will be considering systems that will have the capability.

Prior to the meeting, there were calls for individual customers to be required to register to use a cashless system, just like accounts set up for sportsbook apps. But commissioners didn’t require that, noting that enough financial information can be captured whenever funds are transferred that would create a paper trail that investigators could follow.